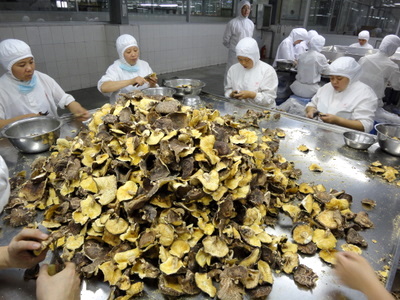 Goldman Sachs said that Mainland China-listed A shares are awaiting a “warmer winter” as they still faced near-term downside drivers.

“Sentiment remains lackluster and we see few positive catalysts for the market in the near term although the risk/reward profile is becoming appealing. The 2,600 level could be a near-term support for CSI300 as the heavily weighted large cap sector, now at exceptionally low valuation, should provide some support to the overall market,” the investment bank said.

It added that market sentiment may improve towards 4Q2011 as there should be further evidence of abating inflation and moderate improvements in market liquidity, barring further global de-risking.

However, there is a possible shift from outperformers to laggards within consumer/defensive sectors.

“We see few positive catalysts in the near term," says Goldman Sachs of A shares.

Goldman Sachs said this is because (1) ‘buy consumer’ remains a good means of achieving possible growth while remaining defensive in current market conditions, (2) food & beverage has outperformed the market for a while and has become crowded, and Goldman suggests investors be selective in those relatively laggard sectors mentioned above.

“We also upgrade the capital goods sector from ‘underweight’ (UW) to ‘neutral’, downgrade non-ferrous metals from ‘overweight’ (OW) to ‘neutral’, and reshuffle our basket of small-mid caps based on recent market developments."

“Overall, we maintain our preference for domestic demand-driven sectors.”

UBS: Prices down, inventories up in SOLAR SECTOR

UBS said that for the global solar panel manufacturing sector, in which China plays a major role, prices are down and inventories are up.

“Our third day at (solar trade show) PVSEC confirmed the bad data points heard during the first two days of the show. It appears that most of the players ramped up utilization rates back in June anticipating good September sales which have not materialized yet.

“As a result we believe there is 4GW+ of modules in transit or in warehouses in Europe,” UBS said.

What could go right?  UBS said that stronger-than-expected September sales would be the quickest way out of the current difficulties.

“After this show where expectations have been reset, the September sales could possibly pick-up on short notice as people are just back from holidays. However our meetings with downstream companies suggest that visibility is low and does not even cover September sales.”

It said to watch out for volumes and net working capital issues in the current quarter.

“In this environment and in case a pick-up in volumes does not materialize in the next 2 weeks, we expect volumes to be at risk for Q3. Also, as inventories seem to increase and clients ask for advantageous payment terms, net working capital could deteriorate further at the end of Q3.”

UBS said the solar trade show is clearly disappointing on all fronts including for its entire stock universe.

We have 366 guests and no members online