HONG KONG’S benchmark Hang Seng Index added 1.7% on the week, but edged down 0.23% on Friday to 19,866.63 due to worries about growth in the industrialized economies.

Analysts said that the 447 bln usd job stimulus proposal in Washington failed to inspire much optimism, but may help out next week when more reactions are tallied.

Fresh economic forecasts from the EU also paint a less than sanguine picture of growth down the line thanks to crippling sovereign debt crises in a growing number of member states.

News from Japan, the world’s No.3 economy, showing lower than expected growth in the second quarter also weighed on sentiment today.

Hong Kong shares have had a bumpy four months

One bright spot for traders in Hong Kong today was a moderate sequential slowdown in growth for inflation in Mainland China.

This may prompt the People’s Bank of China, the country’s central bank, to opt for fewer interest rate hikes or reserve requirement ratio increases going forward, a development which would surely be cheered by capital-reliant sectors like property and finance.

In the past 11 months, Beijing has raised the prime lending rate five times.

August’s slightly slower rise in consumer prices helped allow the Hang Seng’s Financial Sector Sub-index to be one of the few gainers today, edging up 0.03% on Friday.

However, despite the likelihood of fewer interest rate hikes for the remainder of the year, property firms continued to struggle with sentiment dampened by the possibility of more anti-speculative measures targeting the industry. 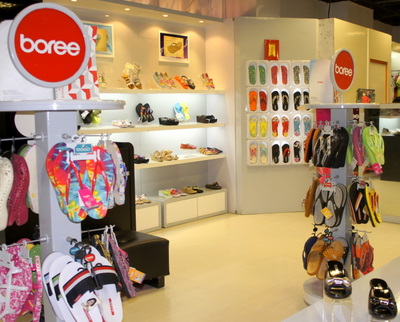 Hong Kong listcos like Baofeng Modern that are less export reliant may be relative winners amid the continued economic problems plaguing the industrialized economies. Photo: Baofeng

In a Chinese language piece in Sinafinance, analysts said trading next week – which will take Tuesday off for Mid Autumn Festival – will be very much influenced by how news of ongoing economic and financial troubles overseas and their proposed solutions is digested by the market.

An analyst from Christfund Securities said: “The German plan to revive some of the struggling member states in the EU along with US President Obama’s proposal to stimulate the country out of its unemployment problem will most likely bring long-awaited respite to the market next week.

“And I believe yesterday’s steep selloff in Hong Kong was primarily due to fears of out-of-control August inflation, which it turns out were overblown.”

Another market watcher from Haitong International said: “Once more details of the latest stimulus proposal in Washington are communicated, there should be a short-term sustained upside from the announcement.”

We have 640 guests and no members online