COMBINE WILL: More strong growth to come this year but .... 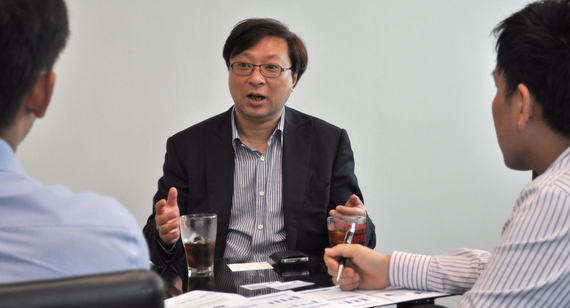 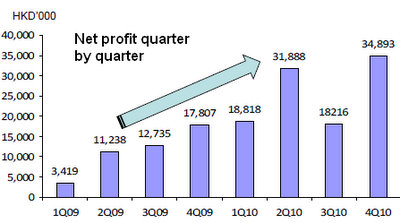 COMBINE WILL, which has just reported a 96% jump in its 4Q net profit, is likely to ride on its growth momentum this year.

But just don’t expect the rate to be as sizzling as last year's when its net profit soared 129.7%, and its stock was one of the best performers on the Singapore Exchange, chalking up a gain of 225% (from 10 cents to 32.5 cents).

Combine Will executive director Simon Chiu said that its key customers continue to signal strong orders for the months ahead. 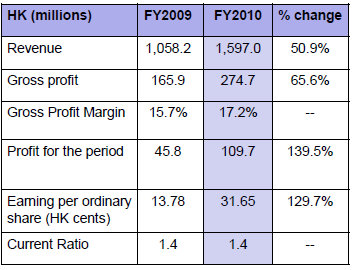 “There’s a good chance we need to deliver more this year than we expect. Our key customers are doing well. If they ramp up their orders, we have to set up another production line for them, hire more workers...” said Mr Chiu in a meeting with analysts yesterday.

He was referring to a customer in the ODM/OEM segment, where Combine Will manufactures premiums (mainly toys given away by a global fast food chain to customers) and household products (mainly a liquid soap dispenser).

In the ODM/OEM segment, the top 2 customers accounted for 70% of Combine Will's revenue.

One of them has been a customer for the past 18 years while the other - relatively new - has been co-developing with Combine Will a product - a household soap dispenser on sale worldwide, including Singapore - has been selling very well since last year. 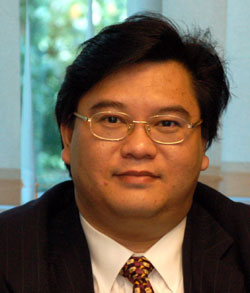 CFO Alan Tsang said some processes involved in ODM/OEM manufacturing could be out-sourced to external parties, as there are growth constraints at Combine Will, such as employees (Combine Will already employs 10,000 workers), factory space (it already has 5 factories) and equipment.

On top of that, Combine Will, like other manufacturing companies in China, is facing pressure from the appreciation of the RMB and labour cost.

“Part of this increase can be passed on to the customer, part of that we have to absorb through an increase in productivity,” said Mr Chiu.

“As a result, we expect our gross margin this year to be comparable to last year’s.”

What is similar for 2010 compared to 2009 is Combine Will's proposed 1 cent final dividend payout, for a yield of 3.2% based on a recent stock price of 31 cents.

Mr Chiu said that Combine Will’s dual-listing plan is on track and the company is stepping up its investor relations efforts in South Korea.

Among other things, analysts and the media will be invited possibly in April to visit Combine Will’s operations in Dongguan, China after the Korean Exchange has approved the dual listing.

Combine Will shares will be fungible, and company officials are hopeful that the shares would trade higher than the current 5X PE based on 2010 earnings. “In Korea, a PE of 10-15 is expected of a manufacturing business,” said Mr Tsang.

We have 1441 guests and no members online