CHINA ANIMAL HEALTHCARE: An Animal to be Reckoned With

This is reproduced from the blog of Ernest Lim, a remisier. He can be contacted at crclk@yahoo.com.sg 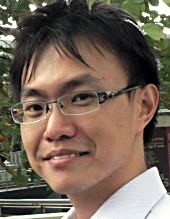 Ernest Lim, CFA, CPA
I have been keeping China Animal Healthcare (CAL) on my KIV list. This is due to the execution risks on its acquisitions of hand, foot, mouth disease (“HFMD”) license and the porcine reproduction and respiratory syndrome (“PRRS”) license, and the difficulties in forecasting the earnings contributions from these licenses.

However, much have changed since my last update on CAL. Below are the reasons why CAL is an attractive investment.

Against the backdrop of the steadily improving market conditions, demand for poultry products continues to be strong. This is augmented by China’s announcement on anti-subsidy duties on some US chicken products that have received US government subsidies. These new tariffs came after an earlier February move to impose anti-dumping duties on imported US chicken products as a result of its preliminary anti-dumping investigation of US poultry. As a result of such measures, China decreases direct imports of poultry from the United States and therefore raising sales of domestic poultry products, further fuelling an increase in domestic poultry breeding activities which led to an increase in demand and usage of powdered form drugs.

According to a Reuters interview conducted last week with Mr Edwin Goh, CFO of CAL, he guided that CAL’s revenue should grow between 30-40% this year, driven by a more than 100% increase in vaccine sales this year. He expects vaccine sales to grow to RMB400m in FY11F, from the expected RMB150m in FY10F. (Note: 1HFY10 vaccine sales only amounted to RMB41m.) If Edwin’s guidance is true, this would represent a substantial growth in CAL’s topline in FY11.

CAL’s execution risks have abated with its delivery of its first batch of PRRS vaccines to the provincial veterinary stations in June 2010. Furthermore, in its 1QFY10 results announcement, it mentioned that it has secured RMB30m and RMB50m for its swine fever vaccines and PRRS vaccines respectively in the vaccines sale semi annual bidding exercise in Feb10. The next semi-annual bidding commences in August and concludes in Oct. It is highly likely that CAL has, or is in the process of clinching significant orders for Edwin to be confident of giving a guidance of RMB150m contribution from vaccine sales this year.

Using the previous two quarters of CAL’s results and the recent guidance by Edwin, I believe that the earnings visibility have improved for CAL, especially for its biological drugs segment which bodes well for CAL. 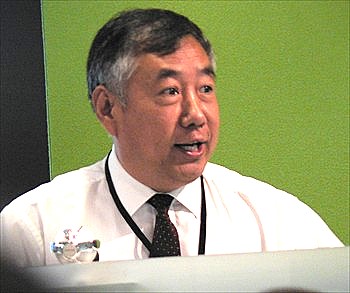 On 3 Jul 10, management announced that Blackstone will make a strategic investment into CAL by subscribing for US$40m in principal amount of convertible bonds (“CB”) at par and 20m new shares at the issue price of S$0.35 per share for a consideration of S$7m.

For clients who are not familiar with Blackstone, Blackstone is a leading global alternative asset management and financial services company with total assets under management of US$104.5b as of 31 Mar 10. This is the first investment made by Blackstone in a Singapore listed company since its establishment in 1985. With such a world renowned investor in CAL, it has added significant assurance to investors (at least to me) to the strength of CAL’s underlying fundamentals over the medium to long term.

Interest from other institution and insider too

Financial services conglomerate FMR LLC, one of the world’s largest mutual fund group, announced in an SGX filing on 8 Sep that it has bought more than 2.63m shares in a series of market transactions, raising its stake to 7.1%. This came after its recent purchases of 6.9m shares in late Apr and early May.

On 8 and 9 Jul this year, Mr Wang Yangang, CEO and Chairman of CAL purchased a total of 31.3m shares on the open market at a weighted average price of about $0.308. This raised his total interest in the company (direct & deemed interest) to approximately 54.2%.

Such confidence by institutions and company insider are typically an indication to the company’s bright prospects over the medium to long term. (Typically, institutions have a longer time horizon for investment)

I have taken a look at some of the companies which have either done a dual listing or have announced their intentions to dual list. CAL has submitted its proposal to the Stock Exchange of Hong Kong Limited (“HKSE”) on 23 Aug 10 for the dual primary listing of its shares on the Main Board of the HKSE by way of introduction. To have an idea on the speed of this dual listing by way of introduction, I have checked China XLX which took close to four months to list on the HKSE after submitting its proposal to the HKSE. Although different companies would take slightly different lengths of time to list on the HKSE, I believe a good gauge is that CAL should be able to list on the HKSE by year end or January next year.

This view is corroborated by Edwin guidance that CAL targets to list by end November this year.

Minimum conversion price of the CB at $0.288 limits downside risk

For the CB arrangement between Blackstone and CAL, there is a minimum conversion price for Blackstone to convert its CB to ordinary shares at $0.288. This reflects Blackstone’s belief that CAL is unlikely to trade below $0.288 over the medium to long term.

If CAL fails to list in HK (e.g. its submission is rejected by HKSE etc.), this would have two direct consequences. Firstly, there would be some selling pressure as this news is adverse to CAL, at least for the short term. Secondly, in the clauses of CB arrangement, Blackstone shall be entitled, within the period of 4 weeks thereafter to require CAL to redeem the CB at a redemption price equal to the principal amount plus a redemption premium of 15% per annum (compounded monthly and based on a 365 day year and actual days elapsed) on such principal amount. However, with the recent stake purchases by insider and FMR, and the guidance by Edwin (hopes to list by end Nov), it is unlikely that CAL’s proposal to list on the HKSE would be rejected.

Although CAL is engaged in the business of manufacturing, sale and distribution of animal drugs, diseases which decimate poultry or livestock ironically would have an adverse impact on CAL in the short term. For example, the outbreak of the animal HFMD in southern China’s Guangdong province in Mar 2010, which results in the culling over 8,000 pigs, led to farmers reducing their rearing of pigs, as a result of less demand in pork. Consequently, this reduced the demand for injection form drugs. The same goes for its powdered form drugs where CAL’s sales were depressed from Dec 2008 to early 2009 as the bird flu scare reduced demand for poultry, resulting in farmers rearing less poultry. As a result, there is less demand for powdered form drugs.

Nevertheless, over the medium to long term, occasional outbreaks of diseases bode well for CAL as it increase the awareness and effectiveness of preventive animal drugs to the animal farmers and the Chinese government.

Notwithstanding CAL’s superior ROEs, multiple share price catalysts such as solid earnings expected in 2HFY10F and FY11F and dual listing likely to be announced no later than early next year; strong institution and insider support, it is trading at a substantial discount to its peers’ average FY10F PE of around 34.7x which I deem is unwarranted. It is an attractive investment proposal.


Disclaimer
The information contained herein is the writer's personal opinion and provided to you for information only, and is not intended to, or nor will it create/induce the creation of any binding legal relations. The information or opinions provided herein do not constitute an investment advice, an offer or solicitation to subscribe for, purchase or sell the investment product(s) mentioned herein. It does not have any regard to your specific investment objectives, financial situation and any of your particular needs. Accordingly, no warranty whatsoever is given and no liability whatsoever is accepted for any loss arising whether directly or indirectly as a result of this information. Investments are subject to investment risks including possible loss of the principal amount invested. The value of the product and the income from them may fall as well as rise. You may wish to seek advice from an independent financial adviser before making a commitment to purchase or invest in the investment product(s) mentioned herein. In the event that you choose not to do so, you should consider whether the investment product(s) mentioned herein are suitable for you. The writer will not, in any event, be liable to you for any direct/indirect or any other damages of any kind arising from or in connection with your reliance on any information in and/or materials appended herein. The information and/or materials are provided “as is” without warranty of any kind, either express or implied. In particular, no warranty regarding accuracy or fitness for a purpose is given in connection with such information and materials.

We have 1552 guests and 5 members online