CHINA ANIMAL HEALTHCARE: Insights from my 1-1 meeting with CFO

This article was published recently at ernestlim15.blogspot.com and is reproduced with permission

LAST DECEMBER, China Animal (“CAL”) was quite a “hot” stock whose daily volume surged more than 10m shares for 12 out of the 23 trading sessions.

Its share price also hit $0.425, the highest intra-day level since its reverse take over of Colorland Animation Limited on 29 Dec 2007.

However, excitement over the stock has fizzled off and its share price has dropped 31% year to date. CAL has also been keeping a low profile for the past few months. 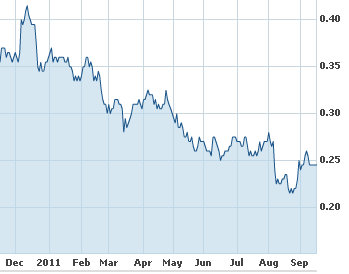 Edwin started by sharing with me how he first met CAL’s CEO, Mr Wang Yangang, when he was still in an audit firm. He was impressed with Mr Wang’s dedication to the business and his drive to grow it.

He said that Mr Wang, unlike other Chinese entrepreneurs, does not have other investments such as property. Thus, he is fully dedicated to his business and he bought two large chunks of shares on 8 and 9 Jul 2010, amounting to a total of 31.3m shares on the open market (partly because he has no other avenues of investment and also due to his confidence in his company).

Bird Flu Vaccine – Still in the pipeline, despite no indication in 2QFY11 results

I mentioned that CAL has indicated its intention to acquire the bird flu vaccine since its 4QFY10 results. However, there was no mention of such an intention in their 2QFY11 results release.

Management replied that they continue to have such an intention. When this will materialise depends on China’s Ministry of Agriculture (“MOA”) which issues licences for new vaccines.

Once these are issued, research firms with the licences have to outsource, or partner with manufacturers (such as China Animal), to manufacture the vaccines. As there is no major outbreak of bird flu (i.e. existing bird flu vaccine is still virulent), MOA has no urgency to issue new licences.

Management added that CAL has enough promising growth drivers and prefer to grow their existing portfolio of mandatory vaccines, especially Hand Foot and Mouth vaccine (“FMD”), before acquiring another vaccine.

Due to the reasons above, management does not have a “number” in mind. They told me that the acquisition cost should be a function of the market size, as well as the number of existing players in the market.

A good indication should be between Antai’s and Jianxiang’s acquisition cost. Please see table on the right.

CAL participates in semi-annual tenders (every Feb and Aug) for mandatory vaccines. The bulk of the vaccines would be delivered in the subsequent two quarters (i.e. Mar to Sep for Feb tender) but cash is only collected at the end of the year.

Consequently, CAL’s cash conversion cycle is likely to increase with more contributions from the mandatory vaccines segment. It is also noteworthy that bidding patterns varies from year to year and across provinces, thus it is difficult to comment on whether the Oct tender is typically larger than the Feb tender. 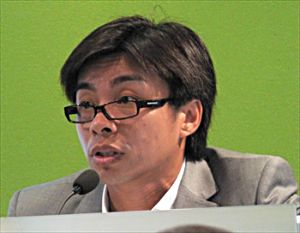 CAL’s FMD vaccine is differentiated from its competitors in technology. It uses a production methodology (accepted overseas) that makes use of suspension cells to mass produce FMD vaccine in bioreactors at their production facility developed by Dr Wu Hua, lead scientist of Biwei Antai.

According to management, this technology is superior to the other five players'. However, as CAL only started to sell the FMD vaccine via its Feb tender, the users in the provinces have to take some time to assess the efficacy of the FMD vaccine.

Although management envisaged strong growth of FMD vaccine this year (albeit from a low base), management concedes that it may take approximately another year to achieve a 15-20% market share in FMD.

(Note: FMD market is worth about RMB1.2b and shared by six players, including CAL)

Management said CAL is exploring opportunities to export its FMD vaccine and, to their knowledge, CAL has been “passing the various levels of tests by a foreign company”. As the potential customer is a very big company, there are many levels of approval to go through before a deal can be finalised.

Thus, they are unable to give any indicative time line but are optimistic about the progress.

Besides FMD vaccine, I queried management on whether they have considered exporting vaccines such as PRRS or swine fever, or even powdered drugs. Management replied that it would be easier to export FMD vaccine (instead of the other vaccines) as the technology which they use to produce the vaccine is accepted overseas.

Is CAL going to form an association to represent the S chip sector?

Management shared with me that historically, 2H turnover is stronger than that of 1H in the ratio of 60:40. 2H may be stronger this year as FMD and PRRS vaccines gain traction. In addition, CAL’s core operations, such as powdered drugs, are also growing.

Equity raising unlikely except for ....

Management indicated that it is unlikely that CAL would be raising cash as they currently have RMB560m in cash and cash equivalents - in fact, the proceeds from Blackstone are still sitting in CAL’s banks. Besides, they are unlikely to have any major capital spending as their business operations are running at low utilization rates (50-60% for powdered drugs; 30-40% for injection drugs).

Nevertheless, they may consider to issue shares under the following two scenarios:

a) They intend to acquire the bird flu vaccine;

b) They want to increase the free float in Hong Kong to attract more investor interest. According to management, funds and investors are interested to buy their shares traded in Hong Kong. However, due to the limited free float (most of the shares are held by CEO, Mr Wang), the funds are unable to gain exposure to CAL.

With reference to table above, CAL trades at a substantial discount to its peers. For the next two quarters, much attention would be focused on their biological drugs, especially the FMD vaccines, to see whether CAL can grow this segment quickly.

If CAL can ramp up the FMD sales significantly in the Aug vaccine tender or / and if they can clinch the orders to export their FMD vaccine, it would be a substantial boost to management’s credibility and (likely) to its share price.

We have 609 guests and 5 members online