SUNMART's dual-listing (in Korea) news that the market has missed

AMID THE intense news coverage on dual-listings, one stock has slipped below the radar screen – Sunmart Holdings.

Sunmart is listed on the Singapore Exchange and had announced on Dec 4 its intention to seek a dual listing.

The Group is principally engaged in the production and sale of a wide range of spray products comprising primarily spray pumps, aluminium cans and plastic bottles. These are mainly used in the packaging of : 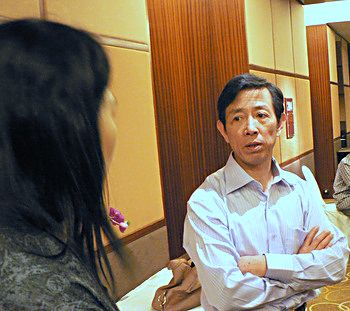 (i) fast-moving consumer goods, such as hair products, cosmetics, perfume, deodorant and detergent;
(ii) pharmaceutical products, such as disinfectants and antiseptic; and
(iii) health-supplements.

On the evening right after its AGM on Apr 30, Sunmart issued another announcement, giving more details on its dual-listing, as follows:

* The Company has appointed Daewoo Securities as its underwriter.

* The issue price will not be less than S$0.18 per share. (Sunmart, which is not a liquid stock, recently traded at 15 cents)

Sunmart came to our attention after we noticed a Sunmart announcement on the emergence of a new substantial shareholder - Robert Stone - recently.

We asked him to write a piece on what he saw in the company, and he duly obliged. The article link is provided at the end of this article.

We attended the AGM and though it was a brief one with only a handful of attendees, here are some questions and answers that do contain interesting nuggets of information about the company.

Q: In your target country or stock exchange for a dual listing, are there many companies operating the same business as Sunmart?

Ho Soo Hui, CFO, acting as chairman of the AGM: For plastic spray pumps, we are the first to be listed. There is no other such listed company.

Q: You mean in that target stock exchange?

Ho Soo Hui: No, in any stock exchange in the world. There is no company which is doing the same business as us which is listed anywhere else in the world. And we are one of the biggest in the world in terms of production capacity. Mr Robert has been to our plant and has seen the size of it.

(Note: “Mr Robert” is Robert Stone, the No. 3 largest shareholder of Sunmart. He was present at the AGM and he asked the following question….)

Q: Can the chairman describe the present business condition and what he sees this coming year?


Q: What was the factory utilization rate for Q1?

Ho Soo Hui: We are full. Either there is a mismatch of manpower or machines. There are customers who come in and we have to reject them. The first quarter was better than Q4 when it was about 80%.

We have 1266 guests and no members online