VALUETRONICS: Net cash + bond holdings at about 37c per share!

Net cash + bond holdings at about 37c per share! 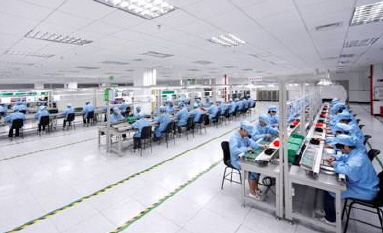 Valuetronics' sales mix continued to shift towards the much higher margin ICE segment. Photo: CompanyVALUE’s 9MFY16 results remained below our forecasts as we did not adjust them previously (we preferred to see 3QFY16 numbers before making adjustments). Its revenue of HK$1,511m (‐18% yoy) and net profit of HK$90.9m (‐17% yoy) for 9MFY16 formed 64% and 59% of our previous FY16F estimates, respectively. Such a decline in revenue was expected as we mentioned in our previous update that the production of mass market LED lights should cease completely in 3QFY16.

Even though VALUE’s results look weaker yoy, it should not have surprised investors as the company had pre‐empted the trend that we are seeing now. We believe VALUE’s CE revenue should have bottomed out. The industrial and commercial electronics (ICE) segment (+21% in revenue) continued to grow more strongly than our previous estimate due mainly to contributions from its new customer in the automotive industry (as highlighted previously). VALUE’s gross margin for 3QFY16 grew qoq to 16.2% from 14.6% as sales mix continued to shift towards the much higher margin ICE segment.

We have 930 guests and no members online