BAIDU CFO: One Of World’s Most Popular Women 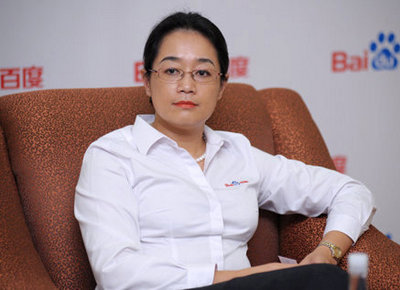 She arrived at a very tragic time for both the US-listed firm and the Chinese nation.

In late 2007, former Baidu CFO Shawn Wang tragically died in an auto accident, leaving the seven-year-old tech firm both in mourning and in tumult.

45-year-old western-educated Ms. Li, who previously held finance posts at General Motors in China, Singapore, the US and Canada, was hired to replace the late Mr. Wang in March 2008.

Since that life-altering career move, she has made the Forbes’ list of Women to Watch as well as the prestigious Most Popular Women in the World List by The Financial Times along with a host of other honors.

Baidu’s market value is some 40 billion usd today, around twice the level in 2010.

Ms Li's arrival at Baidu coincided with some of the most vicious winter storms and deep freezes to plague the southern and central regions of China in memory. 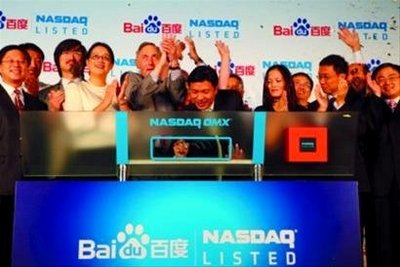 Baidu CFO Ms. Jennifer Li (fourth from left) celebrates the search engine's five-year listing on the Nasdaq.   Photo: hangzhou.comAnd just over a month after her taking the CFO helm at Beijing-based Baidu, a massive earthquake leveled scores of homes in Sichuan Province, killing tens of thousands in the process.

Classical Chinese literature and philosophy have often pointed to cataclysmic natural events as a sign that leaders were not necessarily blessed with The Mandate of Heaven.

Luckily, Ms. Li – a proud Chinese and mother of two – is firmly rooted in modern times and cosmopolitan thinking, having graduated from top tier PRC school Tsinghua University before earning her MBA from the Canada’s University of British Columbia.

When she began her duties as Baidu’s CFO, the search engine’s market share in China stood at around 65%.

Today that number is nearly 80%, which is impressive considering how many newcomers – mainly domestic Chinese competitors – have jumped into the fray these past five years. 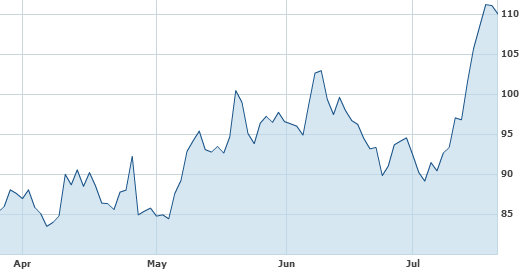 In 2012, Baidu’s fifth year with Ms. Li at the top financial position, the company’s revenue was 22.3 billion yuan, up a staggering thirteen-fold from the pre-Li days. 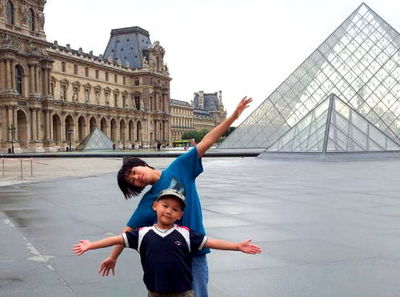 Baidu's CFO says she devotes weekends to spending with her children (above).      Photo: SinafinanceBaidu said the following about its newly-hired CFO in early 2008, also the year when Wall Street would come crashing down and drag much of the world’s markets with it.

“Jennifer is an experienced finance leader who brings more than 13 years of treasury, corporate finance and financial analysis experience. Jennifer joined Baidu from GMAC where she served as Controller of GMAC's North American operations.

“In her first few months on the job, we have started to leverage Jennifer's vast financial and international experience. She brings a new perspective to our finance function and continues to strengthen Baidu's international standard of competence,” Baidu’s Co-Founder, Chairman and CEO Mr. Robin Li.

Ms. Li's extensive business connections from working years overseas – including in North America and Singapore – have helped her keep close ties with foreign investors, especially in the US where Baidu decided to launch an IPO in 2005 on the tech-heavy Nasdaq board.

And her responsibilities are only intensifying, especially after Baidu recently upped its R&D spending 83% to maintain its leading market share and accommodate a surge in staff numbers. 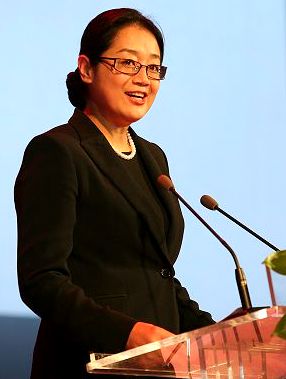 “Don't think that being a woman is a big deal. If you are sensitive about 'I am a young Asian woman,' that noise is coming into the professional setting. Focus on the issue," said Baidu CFO Ms. Jennifer Li.    Photo: CompanyTo know an executive as a person, her values, and what drives her each day, one could look at some of the things she’s said over the years.

Here is a sampling of her quotes which sheds more light on the executive whom The FT recently named one of the world’s most popular women.

(When asked by CNN what drives her to success and what being a professional woman in the PRC means today):

“Women in China have a lot more opportunities in business because it is not gender-based, it's merit-based, and China is a very female-friendly business environment.

"The society is very open and many companies create a level playing field when it comes to employment. (Baidu’s female employees are) very open, very communicative, very assertive and sometimes can be very aggressive, too.

“These women are all women with great ambition. You can tell their focus is not about, 'How do I fulfill a woman's role as a mother or as a young woman trying to get married?' They're more thinking about their lifetime career objectives."

“Don't think that being a woman is a big deal. If you are sensitive about 'I am a young Asian woman,' that noise is coming into the professional setting. Focus on the issue. Focus on what we need to do here, not who we are. Measure yourself only by the standard that you deliver specific work objectives.”

(When asked by Sinafinance how she juggles professional life with mothering a 12-year-old daughter studying in the US and 7-year-old son in Beijing):

“I don’t have the quantity of time I’d like to spend with my kids so it’s all about quality time. As a mother, I see it as my duty to try and turn on a lantern in my children’s hearts every time we meet so they can help share some light with others when I’m not around.

“I leave the house at eight am every morning and am still at the office at nine pm, so I seldom get to see them on workdays. But I try and keep the weekdays and weekends separate and aim to donate Saturdays and Sundays to them.”

Baidu recently 110.0 usd(When asked by Elite Youth how she managed to climb up the corporate ladder at General Motors so quickly earlier in her career):

“In those early years, I was a perpetual motion machine and never stood still for a moment, always having to change duties, get to know new environments, managements, cultures and clients. Looking back, perhaps this is an unavoidable and somewhat charming part of the early-career process.

“It forced me to never get too comfortable, constantly create new opportunities, and solve a variety of challenges on the fly. I think it helps make one more creative, curious, versatile and resourceful, and never allowed me to get tired of life for a minute.”

0 #1 Tina 2013-07-27 05:27
power and beauty... both have helped. more business and political leaders should be women... I think the world and markets would be more peaceful
Quote
Refresh comments list
NextInsight.net

We have 853 guests and 2 members online