Sumer: "My take on how SUPERBOWL takeover will unfold"

'Sumer' is an investor who posts in our NextInsight forum regularly on property stocks, and is regarded as a property guru.

"Has anyone noticed that Francis Siah Ooi Choe recently bought 1 m shares at 73.8 cents, and became a substantial shareholder of Superbowl?  Why?

"Is it just to make the small difference between offer price of 75 cents and 73.87 cents ? There's hardly any meat left after counting the broker's commission.  Begs the question: Why?"


FRANCIS SIAH’s purchase of shares after the SuperBowl takeover news is interesting. His deemed (Elinton Pte Ltd & wife Geraldine Tan Wan Cher) and personal interests now add up to more than 5% of SuperBowl. Should he vote against the takeover offer, and two other top shareholders (ie, Morph Investments with 2.81% and Pang Heng Kwee with 1.13% -- info as at 20 March 2013 as stated in the 2012 annual report) happen to do likewise, then Hiap Hoe will probably not obtain 90% acceptance, and the 90% condition will not be met. 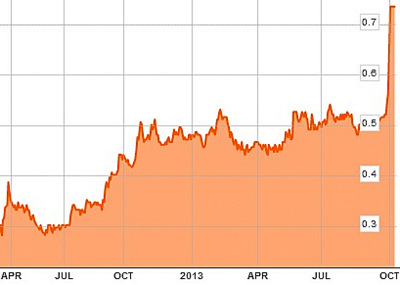 SuperBowl stock price shot up from 50-cent level after Hiap Hoe offered 75 cents to take over the company. Chart: Bloomberg Some investors fear that without 90% of SuperBowl's shares, Hiap Hoe will not launch the takeover.

However, I suspect that Hiap Hoe is likely to use this condition only as a “push” factor, and that it will simply lower it to below 90%, perhaps because HH Holdings (the controlling shareholder of Hiap Hoe and SuperBowl) needs cash to settle the stake changes within the family.

(Note: To be specific, the patriarch Teo has just sold out of his holding in HH Holdings). There are 2 rounds where this takeover exercise may be blocked.

The first round is at Hiap Hoe's EGM, where consent will be sought from minority shareholders for the takeover of SuperBowl.

Hiap Hoe, however, has no big minority shareholders, unless some are hiding under nominee names (CIMB, DBS, OCBC, HSBC etc). As such, I don’t see any stumbling block here. 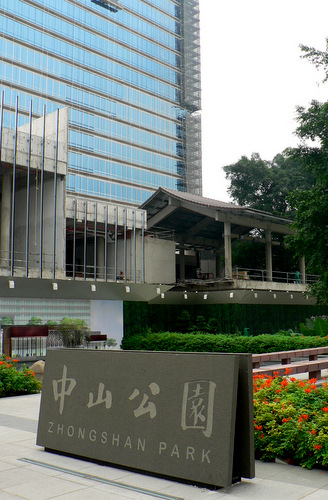 @ Zhongshan Park in Balestier: The new Ramada Hotel and Days Hotel are 50-50 owned by Hiap Hoe and SuperBowl. NextInsight file photo.Once that is done, the offer will be made to SuperBowl shareholders.

Since HH Holdings already owns about 71.5% of SuperBowl shares, it can simply tweak the 90% condition to ensure that the deal goes through, even if it means not delisting SuperBowl.However, if I were the Teos, the controlling family, I would still aim for 90% offer acceptance and delist SuperBowl, because it costs very little for Hiap Hoe to lure the non-Elinton shareholders to the honey. I suspect just raising the offer price to 90cts (15 cents more for the remainder approximate 92.7m shares equals only $14m!) will do the job.The benefits to HH Holdings far outweighs that $14m.

For one, it paves the way for a future takeover of Hiap Hoe itself, without the farce of SuperBowl still being a listed entity.

Since Hiap Hoe’s NAV will shoot pass $2 post-takeover, an offer of $1 for Hiap Hoe shares will be another steal.In fact, if Hiap Hoe takes over SuperBowl at 90 cts, HH Holdings and concerted parties will receive nearly $210m.

If they then successfully offer $1 each for the remainder 29.1% Hiap Hoe shares in the public’s hands, it will only cost them $137m.

In other words, all HH Holdings and concerted parties need to do is to come out with a net $27m ($137m - $110m) to privatize both Hiap Hoe and SuperBowl!

0 #6 Tosca 2013-10-21 08:48
Thanks for the clarification. It looks like Teo's family will be the ultimate winner, They make use of HH shareholders to kill SB. And use the cash received to pay the senior Teo and may be delist HH. They need to delist HH to avoid paying additional stamp duty as they are stuck with Balmoral project. They can copy Soildbuild to list two companies( reit and construction) eventually. So they don't mind paying a little more to make the whole thing work as what you have calculated above.
Quote
0 #5 5273 2013-10-21 06:25
Sorry, in pt 2, I mean HH is silent on the revision in takeover price. Not HHH.
Quote
0 #4 5273 2013-10-21 06:15
Hi Tosca,
1. Yes, actually 50.01% is good enough, if they lower the 90%-acceptance condition for takeover offer. Yes, it would then be unconditional.

2. HH Holdings is silent on the revision of takeover price.

If you further surmise that HHH wants to sell all of SB shares to HH, it would be better if they garner 90% of SB shares and delist SB, because if they sell all their 71.5% stake and SB listing status is still hanging in there, their effective interest in SB is now reduced, as they then own 70% of HH, which owns say 80% of SB, ie, only 56% (0.7 X 0.8) of SB.

In which case, then you start to think about the reasonable possibility that HH will raise the offer price to make sure SB is delisted and HHH maintain (approximately) its status quo interest in SB.
Quote
0 #3 Tosca 2013-10-19 11:07
Hi Summer
Do you able to provide some clarifications on the deal:
(1) Is HHH sold 71% Superbowl to HHL is a done deal? That is it is not dependent whether they can acquire any share from public? If it is a done deal, the take over should be unconditional?
(2) If HHL decided to raised the offer price of Superbowl, will HHH received the same revised price?
Quote
0 #2 8188 2013-10-17 17:14
The tension is rising. I can feel it on seeing the Q to buy at 74 cents. The buyers are clearly not just looking at 1-ct profit upside to the takeover offer price of 75 cents. No way!

Well said and neatly worked out overview on the financial specs. However, there is a possibility that there may be more than meets the eye in HH's ultimate goal other than financial objectives.

I say this because Zhongshan Park was thought to have been a project envisaged to cater for mainland Chinese tourists and the expected steady boom in their numbers every ensuing year. Perhaps HH is streamlining its group structure and ownership to pave the way for entry into mainland China property market, which still offers great potential as the level of affluence and re-distribution of wealth has grown concomitant with China's economic growth.

As for Francis Siah, the dark days of Lamipak are behind him, and he has re-invented himself. After lying under very low profile and out of the radar screen of corporate watchers for the past couple of decades this Superbowl move by him signal his resurgence into a big time player again. His intentions of raising his stake in Superbowl may appear to be financially motivated. But who knows, it may he has a card in hand which may turn out to be a game changer. We can only watch to see what unravels in the coming days.
Quote
Refresh comments list
NextInsight.net

We have 329 guests and no members online