What The Big Boys Are Buying In China 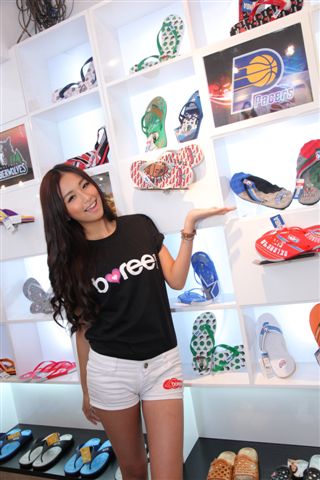 No Shoe In: Textile and apparel plays have been avoided by funds due to weak external demand.
Photo: Andrew Vanburen

IT IS ONE thing to rely on our own smarts and homework -- and a little bit of luck with a pinch of superstitition -- to guide our investment decisions.

But we all like to take a peek now and then at what the big boys are doing.

Here is what the major funds – including foreigners via the QFII scheme – are focusing on in China’s stock markets now and going forward.

The deadline has come and gone for China-listed firms to issue their third quarter earnings reports.

Other than revealing their core P&L situations and updated margin figures, the earnings statements offer a valuable glimpse into revised shareholding structures, telling the whole world as it were exactly who has put more or less money into their shares over the past three months.

And from this particular table, often hidden low down in the statement, it is possible to rather accurately predict investment trends for particular firms and even whole sectors.

Judging by the bulk of statements covering the July-September timeframe, the following trends can be witnessed:

Insurance funds are the hardest to pin down, having investments in a wide swath of sectors.

China’s massive Social Security Fund (SSF) is investing heavily in biotechnology and pharmaceuticals along with food&beverages and other consumables.

Brokerages in general are leaning toward machinery plays.

Insurers take in billions upon billions of yuan in both premium revenues and investment capital.

And they thus have a lot of money sitting around waiting to find the most productive outlet.

Over the past quarter, insurance funds playing the PRC stock markets in Shanghai and Shenzhen have bought most heavily into non-ferrous metals, hospitality, chemical engineering, food&beverage and light manufacturing shares, adding to their portfolios by 51%, 38%, 13%, 7% and 5%, respectively.

Meanwhile, they have shed shares in telecommunications, building materials, textiles, electronics and public works by 67%, 41%, 17%, 15% and 10%, respectively, in the July-September period.

Despite a bearish year for China shares, funds are finding a lot worth buying

Despite the fact that foreigners are still heavily restricted from investing in Chinese A-shares, locals often look to trends among the QFIIs’ investing preferences to get a more objective assessment of what’s hot and what’s overhyped.

QFII fund money turned up in the quarterly earnings statements of at least 161 A-share listed enterprises.

The five favorite destinations for foreigners’ money in the July-September period in China were: biopharmaceuticals (up 89%), FBT (up 51%), electronics (up 29%), white goods (up 26%) and farms/fisheries (up 21%).

The fact that telecom fell out of favor is most likely anxiety over the unpredictability of industry regulations controlling the sector coming out of Beijing, oftentimes without warning.

The same could be said for property, which has lived and died by carrots and sticks utilized by industry watchdogs this past decade or so.

The fact that textiles&apparel didn't impress is a function of continued soft external demand for the export-reliant sector.

And biopharm being so attractive to QFIIs of late reflects the concept of medicines being not only recession-proof, but also mainly targeted at the 1.3 billion consumer strong domestic market – which is still grossly underpenetrated by leading, well-developed national brands.

We have 2763 guests and no members online