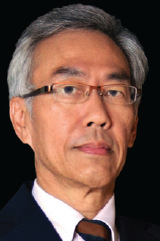 Zagro executive chairman and CEO Poh Beng Swee: His Zagro stake will rise from 43.95% to 58.60% after he takes up the Skopini offer.

HERE'S A MOST unusual deal that has ever gone before shareholders for approval at an EGM.

The approval was achieved today and the deal, in a nutshell, is as follows.

Skopini Limited is a controlling shareholder with a 24.70% stake in SGX-listed Zagro Asia, a manufacturer and distributor of crop care, animal health and public health products.

Skopini's parent company had given to Zagro and the SGX-ST certain non-competition or restraint of trade undertakings during Zagro's IPO in 1996.

Skopini wants to be free of these undertakings and has decided to sell out its shares.

Here's the twist: It has offered to sell all its Zagro shares to all other existing Zagro shareholders (with registered addresses in Singapore).

They would be offered 32 shares for every 100 shares they already hold.

The sale price is just 15 cents a share, a whopping discount to the market price, which currently hovers at 27 cents.

The share price has firmed up from around 24-25 cents prior to the announcement of the offer in February. It is not too far from Zagro's NAV of 28.03 cents.

The offer was structured that way after lengthy discussion with the Zagro board of directors. I heard from the Right People that options considered included an outright sale of the shares to Zagro, which would use its cash to effect the transaction.

As it turned out, it's not surprising that shareholders consider the finalised offer to be, by and large, a very sweet deal and would thank the CEO and his board for it.

A few things about Zagro (market cap: about S$70 million), as background:

> It has been profitable in the last five years, even through the global financial crisis (see charts below).
> It has paid a dividend every year since its IPO, with the amount being 1-cent in each of the last nine years.
> Since IPO, it has never asked shareholders for money via rights issues or warrant conversion. 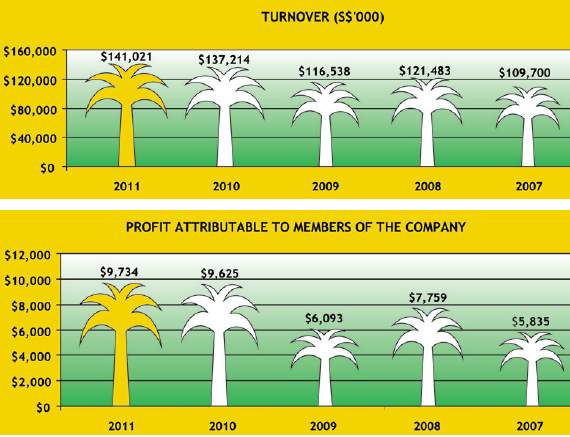 Usually cash offer should be offered at a premium and not at a discount. Not too sure of what is the intention. Any expert out there has any idea?
Quote
0 #4 Danny 2012-08-07 17:35
For the record, Zagro went x-o at 24.5 cents and closed at that price for two successive days now. The market is pretty efficient.
Quote
0 #3 7599 2012-08-03 14:40
Good point, darcy, but I don't think it is that simple. And don't forget that Zagro is in 40 countries or so. It's customer base is so diversified.
Quote
0 #2 darcy 2012-08-03 08:42
with this deal skopini can compete directly with zagro asia . Is this a good deal for the minority shareholders , i think not. Skopini as mentioned is a controlling shareholder. It's better for minority shareholders to sell out.This deal is form for compensation to compete for zagro asia's shareholders.
Quote
0 #1 Danny 2012-08-02 14:39
Assuming the theoretical price is 24 cents on Monday, it would be just as good to buy into Zagro without taking part in the offer at this stage. Buying in now would mean I would have odd lots, and one would have to set aside cash to take up the offer.
Quote
Refresh comments list
NextInsight.net

We have 1703 guests and no members online