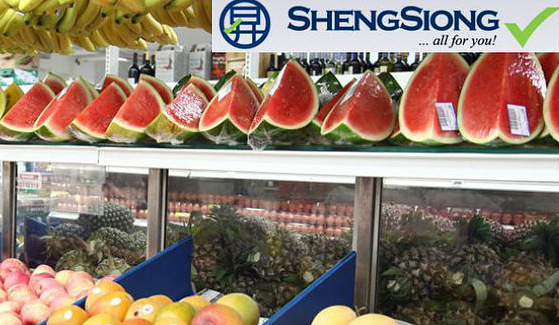 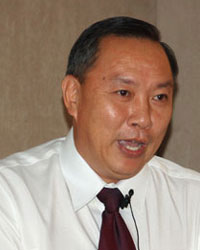 BUSINESSES RELYING on foreign labor will be hit when the foreign worker Dependency Ratio Ceiling (DRC) is cut come 1 July.  The way forward is productivity improvement and local supermarket retail chain, Sheng Siong, is one business that has gone the way of warehouse automation.

Service businesses like Sheng Siong will have their DRC cut by five percentage points to 45%.

“We expect labor costs to rise as locals are more expensive to hire.  Warehousing automation has allowed us to reduce headcount as well as logistical errors,” said Mr Lim Hock Chee, the CEO of Sheng Siong, during its results briefing on Friday.

This translates into a healthy dividend yield of 3.7% based on Friday's closing price of 48 cents.

The Group ended the year with 25 outlets, an increase of two outlets over the previous year and expanding retail area by 3.3% to around 348,000 sq ft. 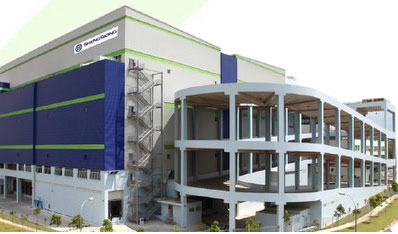 This arose from increased direct sourcing and bulk purchasing made possible by the move to the Mandai Link Distribution Centre, which was completed in May 2011 at a cost of S$65 million.

'Other income' comprised several one-off items: a S$9.6 million gain from the divestment of listed equities in 2010 prior to the Group’s listing in August 2011, and the loss of retail rental of S$1.5 million from the Ten Mile Junction outlet.

Excluding one-off 'other income' items and IPO expenses, the Group maintained its operating margin at 6.2% in FY2011.

The Group is in final negotiations for three new outlets, which are expected to conclude by the end of 2Q of this year.  Together with a small outlet recently secured, these four new outlets will contribute an additional 33,500 sq ft, or 10% of existing retail space. The small outlet is targeted to start operations by 2Q of this year.

Another positive: The Group sold its Marsiling warehouse on 20 January 2012 for S$15.0 million, resulting in a gain of S$10.4 million that will be recognized this year. The warehouse was no longer required after the Group moved its warehouse and logistics operations to the Mandai Link Distribution Centre. 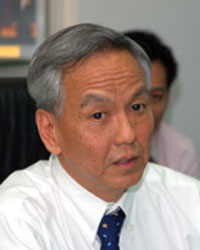 Below is a summary of questions raised at its results briefing and the replies provided by Mr Lim and Sheng Siong’s finance director, Mr Wong Soong Kit.

Competitors started a price war in 4Q2011 because they felt threatened when our IPO strengthened our financial position and ability to expand.  This has affected everyone’s earnings but we believe the vicious competition is temporary.

Q: Is there any sales seasonality in your business?

There are several festivals that are very positive for supermarket sales - Chinese New Year, Hari Raya, Qingming and Chinese 7th-month. While there is a slightly negative impact on margins during these periods, our bottom line benefits greatly from the increased sales volumes.

Q: What are your earnings per square foot for new versus old stores?

We have an average revenue of S$1,750 per square foot for the old stores.  It takes 3 to 6 months for a new store to become profitable.  Thereafter, its earnings spike up for about two years and then maintains at a steady level.

Also, stores located in mature housing estates generate a lower return because such estates are populated by older folk and they spend less.

We always try to get bigger stores because we want to put in “FRESH PRODUCE”, which is a money-spinner for us.

Q: What is the demographic profile of your typical customer?

The average age range is late forties to fifties.

Q: Where are your competitors in e-commerce?

NTUC has an e-commerce platform, but they do not actively promote it because they have about 100 retail outlets and e-commerce cannibalizes this. The same goes for Cold Storage.

E-commerce works for us because we do not have such a widespread network (Sheng Siong has about 25 outlets).  The time is now ripe for us to enter e-commerce.  Firstly, retail space is very expensive.  Secondly, cars are also expensive and shoppers are finding it increasingly difficult to get parking space.  Thirdly, we expect more HDB flats to be upgraded to have lifts on every floor, making home deliveries logistically viable.

We have 639 guests and no members online