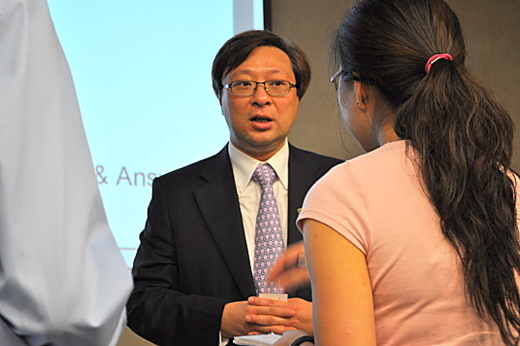 The South China-based ODM/OEM producer of plastics and die cast products as well as a mould and tooling manufacturer recently reported very strong results, which came at just the right time for the new listing.

I spoke with Combine Will Executive Director Mr. Simon Chiu who believes that the company’s stellar recent earnings are just a sample of more to come.

Combine Will’s January-September net profit surged 169% to over 72 mln hkd while revenue was up a very respectable 62% during the same period to 1.2 bln hkd.

“There is a stronger growth in the bottom line because we have very effective cost controls at the company. The global economy is not fully recovered but we are getting more market share due to our enhanced product quality,” Mr. Chiu said.

And this meant that margins would remain healthy, and would have been even more impressive but for the planned listing in Seoul.

“We will likely maintain similar margins going forward. If not for the Korean listing expenses, I believe we would have a slightly better profit margin,” Mr. Chiu added.

The company was not prepared to make any concrete forecasts at this point, but remained quite bullish overall on near-term prospects.

“We have no earnings guidance but expect substantial growth in the coming reporting periods,” he said.

Investors always seek an investment-friendly and stable political environment in which to park and grow their capital. While NextInsight usually does not broach political subjects, investors would likely be very interested to know how Combine Will felt about the recent flare-up in tensions on the Korean Peninsula and if the company expected it to impact the imminent second listing there.

“We cannot comment on any political issue as it is not our specialty. We do believe our listing advisors will give us professional ideas on the listing in Seoul which will have minimal impact from the political issue,” he said.

He said there were some differences between investors in Singapore-listed shares and those buying Korea-listed shares, which could bring better big-board results for Combine Will.

Factory wages in China have risen steadily this year, but due to Combine Will’s employment strategy the company did not feel undue pressure to move production elsewhere -- such as Vietnam or locations closer to key North American and EU markets. 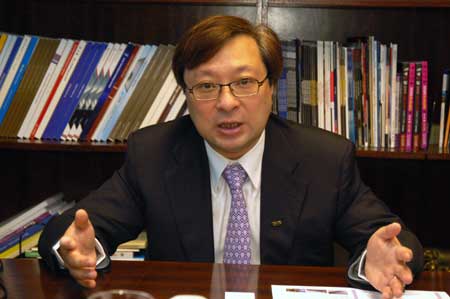 "We currently have no plans to relocate our production facilities outside of China. Our wages were above the market wages before this increasing wages issue took center stage," says Combine Will Executive Director Simon Chiu. Photo by Sim Kih.

“We currently have no plans to relocate our production facilities outside of China. Our wages were above the market wages before this increasing wages issue took center stage.

“We also provide lots of extra benefits and incentive plans to our workers. Therefore, we did not see any pressure from the wage increases in China.”

Combine Will’s third quarter sales to Asia, North America and Europe reported significant increases due to the vast improvement in the OEM/ODM division.

As for the macroeconomic climate, the World Bank recently raised its 2010 GDP forecast for China to 10%.

This is much, much faster a growth estimate than for North America, the EU, Japan and other major economies.

Despite such fast economic expansion in the PRC, and the ongoing push to boost domestic consumption in the country and rely less on anemic external demand, Combine Will would still strive to keep a diversified customer base spread out over several regions in order to avoid any overexposure to a single regional or country market.

“We will keep our strategy in a healthier way and keep diversifying our customers.

"We believe it will give us lower risk and longer life growth in the business,” Mr. Chiu said.

COMBINE WILL 9M Profit Up 169%; COURAGE MARINE Swings Into Black

HU AN CABLE, COMBINE WILL, AVI-TECH: What Analysts Now Say.....

We have 952 guests and no members online