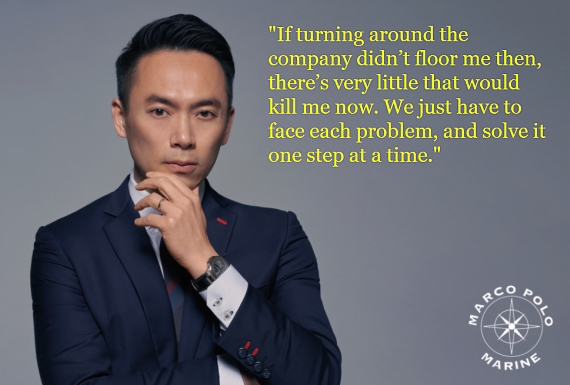 The positive set of financials came on the back of higher revenue of S$46.1m (+49.5% yoy), attributed to the commencement of two new construction projects under its shipbuilding division (+51%) and increased ship repair jobs, as well as higher average utilisation rate for both tugboats and barges and offshore support vessels (OSV), which resulted in the 48% yoy growth in the ship chartering operations division.

The positive set of results is considered in line with industry expert Clarksons’ expectations, suggesting that vessel charter rates have rationalised, helped by minimal newbuilds and more vessels on lay ups.

• Diversification efforts pulling through. The shift away from supporting the oil & gas industry towards the renewable energy segment has been successful for MPM.

The diversification provides a new utilisation base for MPM’s vessels, particularly on the growing demand specifically from the offshore wind energy industry in Asia, which is in its nascent stage where structures are installed in shallow waters with depth of up to 50-60 metres.

This presents a tremendous opportunity for MPM, whose fleet specialises in support in those depth regions.

STOCK IMPACT
• Operating expenses already lean, primed for positive operational leverage. The restructuring efforts carried out in FY17 have resulted in improved profitability, with higher gross margin and a reduction in administrative expenses. Going forward, we believe margins should remain elevated due to improved sector dynamics after the 2014 oil crisis, as well as management’s focus to increase its share in the offshore windfarm market.

• Clean from debt and balance sheet impaired. Closing in on the five-year mark since a capital injection in FY17, MPM has shown excellent cash management amid the industry consolidation, with its net cash as of end-FY21 standing at S$20.3m. Furthermore, the group undertook massive asset impairments during the corporate restructuring carried out at the bottom of the industry downturn, which provides a comfortable level of support for our valuation.

• Tailwind from rising crude oil prices. In the past six months, the Brent forward oil price for delivery in end-25 has risen from US$54/bbl to US$60/bbl. This supports the improving trends in rig utilisation and day rates, and is also a strong reflection that more projects should come on-stream due to decent project IRRs, which is favourable for the increasing oil industry capex. This will lead to improving fundamentals for MPM’s two key metrics for - charter rates and vessel utilisation.

EARNINGS REVISION/RISK
• We have raised our gross margin assumptions higher from 22.3% to 25.0% for FY22 and FY23, in line with the improving utilisation rates for MPM’s charter fleet.

We have 878 guests and no members online