The slight beat came from lower-than-expected operating expenses, specifically lower finance costs (recall that its bank loan was refinanced in April 19 at 3.4% per annum instead of the previous interest rate of 5.2%).

Revenue was spot on at S$82.0m, with stable student enrolment numbers in 2H19 as the key positive after consecutive declines since FY14. 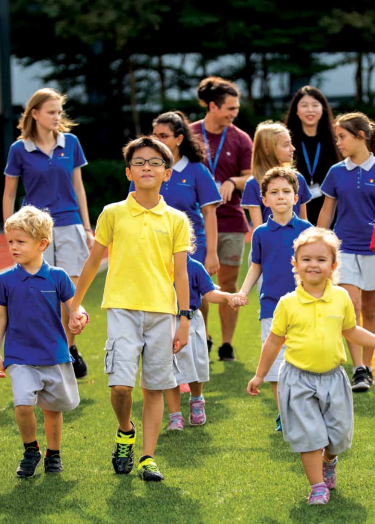 Higher number of foreign students relocating to Singapore could cause Overseas Education stock to be re-rated. Photo: AR 2018Little impact from Covid-19; healthy level of enquiries
International schools in Singapore like OEL remain operational despite the onset of Covid19, unlike their peers in Hong Kong whose classes remain suspended until at least 16 Mar.

News reported that the lack of visibility on HK school reopening could disrupt the entire school year and threaten the departure of a significant number of families.

According to the management, the virus outbreak has not caused student withdrawals for OEL, and it continues to see healthy levels of enquiries (since HK protests started in Jun 19).

We think OEL’s smaller class size of less than 25 (vs. 30-35 students on average for other schools in Singapore), and a bigger campus help towards lowering exposure to large crowds.

We continue to like OEL for its prudent management, attractive dividend yield and steady earnings growth.

Apart from the historical low valuation, we see privatisation potential for the stock given that it is 65% controlled by two significant shareholders.

A higher number of foreign students relocating to Singapore is a potential re-rating catalyst.