Rex also owns three valuable concessions in Norway, where an oil discovery at two of the exploration assets would unlock huge value for Rex, while the third (the Shrek prospect) has recently discovered oil.

• Targeting first oil production in Oman by 1Q20. Rex owns a 92.7% direct stake in the Block 50 Oman concession and first production could bring in revenue of US$71.7m/year on average, assuming average production of around 5,000 bpd for five years. 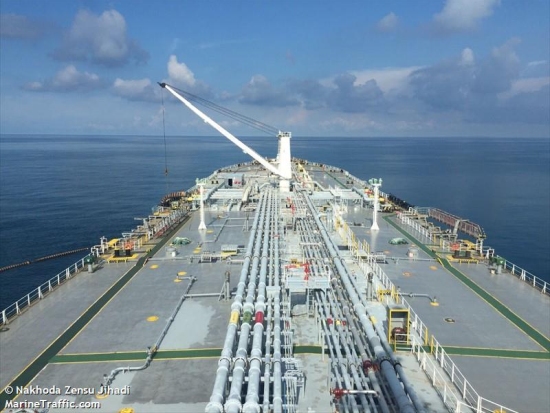 Bull Papua, an oil tanker, will store up to 750,000 barrels of oil produced during the early appraisal phase at the Oman oilfield.
Photo: marinetraffic.com
Rex has a recoverable cost pool of about US$100m, of which 65% could be offset with oil revenue.

Also, the Oman Oil Company has an option to buy 25% of Rex’s interest in Block 50 Oman, potentially increasing its net cash balance further for capital recycling.

In 1Q19, Rex divested its interests in two assets for US$45m, realising a gain of around US$30m. Rex still owns three assets in Norway, which are worth an estimated US$20.7m on its balance sheet.

Depending on the discovery of oil, the Norwegian assets could be worth a lot more than its estimated current book value of US$20.7m.

• Substantial cash from divestments and annual tax Incentives. Norway is a very supportive country for oil exploration as the government provides 78% cash-back for all exploration expenditure annually, regardless of whether oil is found. The cash refund would be paid out in November/December in the following year.

According to Rex’s 2018 annual report, Rex is due to receive a cash tax rebate of US$29.1m in Nov 19; this has been included in its trade and other receivables account and further increases Rex’s net cash position for 4Q19.

EARNINGS REVISION/RISK
• Surge in revenue and profitability from the start of oil production. We forecast strong revenue numbers for Rex from 2020 onwards, largely due to the expected commencement of production drilling in Oman.

Revenue forecasts for Oman are roughly at an average of US$71.7m/year.

• Discovery of good oil reservoirs in the Norwegian concessions.

We have 628 guests and no members online