STRACO: Why I bought shares when they fell recently

The writer, Brian Halim, bought Straco shares recently when they fell to 67.5 cents. This article is republished with permission from his blog,  A Path to Forever Financial Freedom.

The Q3 numbers is traditionally the strongest number for Straco and it shows a bigger concern on the overall picture.

The most notable decline is in the number of visitors to the two aquariums (SOA and UWX) which dropped to 1.845m visitors for the quarter, which was a drop of over 8.2% year on year. Q3 is traditionally the peak season for China holidays which means this drop is a strong indication that the China growth is slowing down. 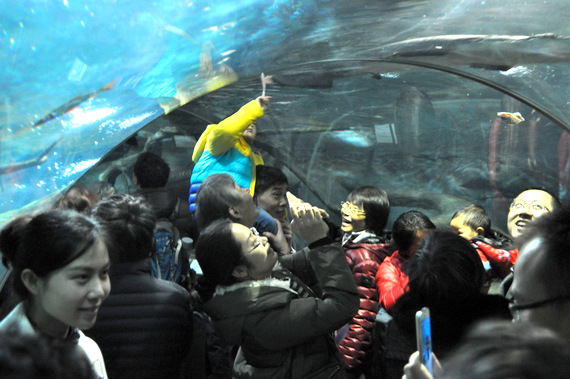 For a company like Straco which positions themselves as a growth company, the decline in the visitors number means a decline in the topline which in turn will hurt the overall bottomline.

From a cashflow point of view, the company is still generating a strong cashflow of between $45m to $60m a year, out of which $30m will go to dividends payout (at 3.5 cents) and another $12m will go to repayment of the debts ($3m repayment every quarter). The company would then retain somewhere between $3m to $10m for their retained earnings.

The balance sheet has also looked stronger as the company continues to hoard more cash and a lower debt with the repayment of the debts every quarter. The latest standing is a net cash of $180m ($209m less 29m), which translates to about 21 cents/share.

If the company continues to pare down the debts at $3m per quarter, it will take them around 10 quarters to be completely debt free.

The asset lease concession is always something to watch out for in the longer term, though in the short term the declining visitors footfall is a much bigger concern.

The flyer, for example, is a 30 years asset on lease concession that commences on July 2005. The initial cost to build the flyer is $240m and Straco bought it in 2014 for $140m with 17 years lease left (90% stake). Today, they are generating a revenue of about $40m and an operating profit of about $10m a year (without breakdown of course!).

This though, only takes up 1/3 of the overall assets they own (~$40m/$120m revenue) The other 2/3 makes up of mainly SOA and UWX, both of which are flagship assets of the company.

For SOA, the agreement for the incumbent land use right is a period of 40 years concession from 1997 to 2037. That means we essentially have about 18 years left as of today.

For UWX, the agreement for the incumbent is also a period of 40 years concession from 1994 to 2034, translating to about 15 years left. The company generates a sales of about $82m with a handsome gross profit margin of about 70% at $58m operating profit.

We have 179 guests and no members online