Details
Written by The NextInsight Team
Published: 21 May 2019 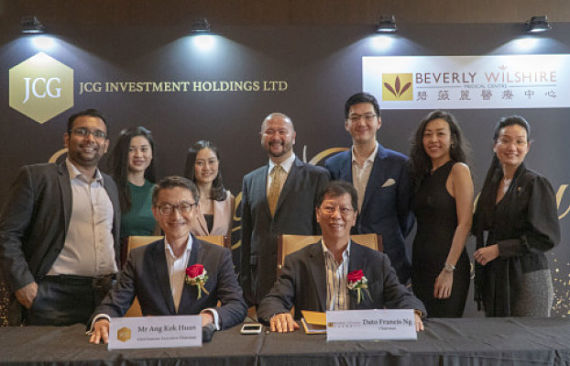 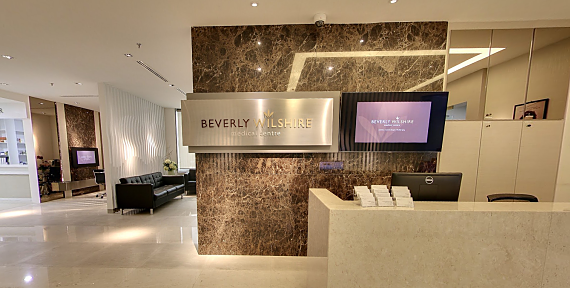 Beverly Wilshire operates out of Menara Landmark in Johor (above) and in KL and Petaling Jaya. Established in 2012, Beverly Wilshire manages and operates 2 fully-licensed medical centres and 2 licenced clinics. Photo: Company


The acquisition shall be fully paid via the issuance of up to 2.55 billion (subject to a minimum of 2.295 billion) new ordinary shares at 0.2 Singapore cent per share and the issuance of 180,000,000 new unlisted warrants exercisable into 180,000,000 new ordinary JCG shares at an exercise price of 0.2 Singapore cent per warrant.

The issue price represents the volume weighted average price of 0.2 Singapore cent for each share, based on the trades done on the Catalist Board of the SGX-ST on 15 May 2019, being the market day prior to the date of the agreements.


Mr Ang Kok Huan, Interim Executive Chairman and CEO of JCG , commented, “This acquisition of Beverly Wilshire Medical Centre Group is part of JCG’s overall strategic plan to rebuild our Health Business. We have always believed that the Company has the potential to expand its medical aesthetics and healthcare business as the medical aesthetics and healthcare businesses remains an industry segment in Greater China and South East Asia with strong growth potential.

"With Beverly Wilshire, JCG will cement our efforts to expand and build our businesses in Singapore, Malaysia and China. Beverly Wilshire is a highly regarded and recognised brand in Malaysia and the region. Dato’ Ng Tian Sang @ Ng Kek Chuan and his team bring to JCG a strong partner as we forge ahead to rebuild and rejuvenate ourselves and our businesses. We at JCG are thankful for the support of our shareholders and we endeavour to build a portfolio of businesses that is well-positioned to create and enhance shareholder value.”

Dato’ Ng Tian Sang @ Ng Kek Chuan, Chairman of Beverly Wilshire Group, added, “The demand for high-end medical services and medical aesthetics in general is expected to continue to grow with the increasing affluence in Malaysia and the South East Asia region. The partnership between JCG and Beverly Wilshire will bring together an established medical aesthetic brand and an enterprising group with significant marketing and business network that will allow us to expand beyond the shores of Singapore and Malaysia. I am confident that JCG-Beverly Wilshire combination will put the Company on a new growth trajectory and bring our shareholders and business partners on a beautiful journey ahead. I am happy to be on board.”

We have 1075 guests and one member online