TIANYUN INTERNATIONAL: "Why I think it's unjustifiably cheap"

Nicholas Oh (photo), a full-time investor who previously was an engineer with a MNC, contributed this article to NextInsight

Tianyun International is mainly engaged in the production and sale of processed fruit products packaged in metal, plastic and glass containers. The products offered include strawberry, apricot, peach, pear, apples and mix fruits. Their main business segments are: 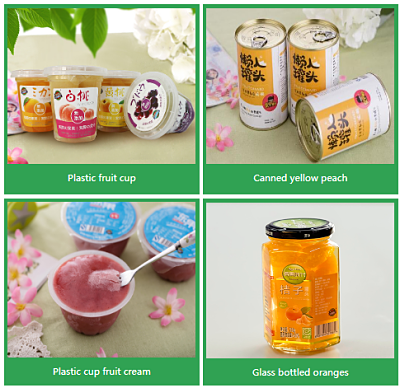 Tianyun’s main production facilities are located in Linyi City (Shandong Province) and Yichang City (Hubei Province). The Shandong operations have been in place since IPO in 2015 and have a total capacity of 84,000 tons today.

The facilities in Hubei province were acquired only in early 2018 to allow the group to expand into Central China and offer subtropical fruit products. This Hubei facility is expected to process 80,000 tons of fruits over the next 3 years or approx 27,000 tons per year on average. Year to date, Tianyun’s production capacity stands at 100,000 tons of fruit p.a.

Tianyun’s cost of raw materials mainly comes from fresh fruit, packaging material and sugar. It does not own farms and procures fresh fruits from farmers/suppliers in Anhui, Shandong and Hebei provinces. As the fruits have limited shelf lives, the farms are mostly located close to the production facility in Shandong.

Since its listing in 2015, Tianyun has achieved admirable revenue and operating profit annual growth rates of 19% and 15% respectively. The group’s gross margins have been relatively stable, staying within 28%-31% amid a stable raw material pricing environment.

Its operating margins have also been steady as it counters increasing labor costs with automation and higher margin product mix. The growth rate continues to impress in the most recent financial period where revenues and operating profit grew by 26% and 35%, respectively.

As Tianyun is still growing rapidly, its free cashflows have been rather modest as it allocates capex on increasing its capacity and acquiring fruit processors. Nevertheless, on average, it still records positive free cashflows and pays out on average >20% of its profits as dividends. Based on the current price, it offers investors a decent dividend yield of 3.5%.

For the past 3 years since end-2015, Tianyun has grown shareholder value by a CAGR of 20% measured by growth in book value per share and dividends paid.  Its impressive ROE and ROIC which averages 24% and 37% respectively since listing played a major role in delivering these high shareholder returns.

Tianyun’s balance sheet is healthy with debt to equity of just 0.33x and a net cash position of about HKD 0.36/share (~30% of market cap). Tianyun’s P/E of just 6.8x and EV/EBIT of 3.1x suggests that its valuations are undemanding.

As the OEM business is highly reliant on a few key customers and their business prospects, the development of its own brand allows Tianyun to have greater control over the business direction and reduce customer concentration risk. It can increase capacity and sales distribution network independently. Having its own brand will also allow it a greater degree of control over product mix to achieve cost savings. For instance, by introducing a higher percentage of products packaged with plastic cups compared to tins/glass containers, Tianyun can push its gross margins for these products by up to 6% compared to other packaging materials.

On 27 Sept 2018, controlling shareholders of Tianyun disposed 27% of the company’s share capital to a subsidiary of Sichuan Development Board (SDB) for a consideration of HKD 1.58 per share (~27% premium to share price at that time). Upon disposal, the founders will still have a majority stake controlling 30% of total shares outstanding and remain active while appointing a member from SDB on the board.

Both the group and Sichuan Development have since signed a MOU in which both parties agree to form a JV with intended investment of up to RMB 1 bil towards agricultural food products. I believe that the partnership with a giant state-owned enterprise bodes well for Tianyun’s prospects for future M&A. The entry of SDB provides Tianyun a strong partner for future M&A opportunities especially in the Western China region where SDB is a major investor.

Tianyun goes to great lengths to obtain a wide range of food quality certifications. Its production facilities are certified with a comprehensive list of certifications including FDA, KOSHER, HALAL, BRC (A+) and IFS Foods. This enables it to stand out as reliable OEM partner and secure some of the biggest consumer brand owners as their partners. With numerous food scandals in China in the past, consumers are becoming choosier on the type of food they consume. Tianyun is the first and only fruit processor in China that produces canned fruits that are preservative free (“Zero Added Preservative Canned Products label”).  It is able to achieve this by strictly controlling every stage of its production process (ie raw materials and packaging materials) to avoid contamination. It’s no preservative policy is a strong selling point for its products among health conscious consumers.

Tianyun’s R&D team is consistently refreshing the product lineup by researching new products and packaging alternatives. In Q418, the group launched its patented pure fruit snack in Mainland China and Hong Kong to rave reviews. The snack which is similar to ice cream, is created as a natural and healthy snack which can be transported at stored at room temperature. During the same time, it has also launched its owned proprietary sports energy beverage which will be launched to market in 2019.

Tianyun’s wide range of processed fruit products enable them to meet different requirements and respond to end-customers change in preference. Besides this, plant utilization can remain high as production can be carried out throughout the year using fruits harvested from different seasons.

Fruits have a limited shelf life and have to be brought to the processing facilities immediately after harvesting to keep it fresh. Tianyun owns production plants that are located close to most of its fresh fruit sources mainly in Anhui, Shandong and Hebei province. For example, Shandong is one of the largest bases of supply of apple, pear and strawberry, enabling the group to acquire fresh supply of fruits at a low cost. After harvest, it takes only 2 days to reach production facilities after harvested from plantation by truck.

The canned food industry is highly fragmented and competitive with top 10 players controlling just 34% of the overall market. In the event of a price war in a bid to capture market share, all players’ margins could be severely compressed.

China has a notorious track record on food safety scandals. In the event of quality lapses in Tianyun’s production chain, they could be face reputation risk as consumers boycott their products and product recalls which will impact their profitability

There is a risk that Tianyun may overpay or take a longer than expected time to integrate a new acquisition. In this scenario, its profitability will be affected.

i) Very attractive valuations and operational metrics vs peers

Tianyun’s valuations and efficiency metrics compare very favorably against its peers who produce both canned fruits and/or fresh fruit juice. Tianyun’s management capital allocation skills are evident with the company’s ROE of 20% and ROIC of 34% well ahead of its closest competitor.

While Sino Grandness’ (EV/EBIT=1.3x) appears to be cheaper than Tianyun (EV/EBIT=3.1x), the former is less attractive due to wide discounts given to S-Chips listed on SGX as well as its lack of dividends and growth. Yantai North Andre Juice (HKG:2218) has also shown strong growth in recent years. However, its PE and EV/EBIT are much more expensive than Tianyun while Del Monte Pacific (SGX:D03) is not at all attractive by any metric.

With the assumption of a 5% organic growth and a 40% expansion in production capacity once workshops 5 and 6 in its Shandong plant comes online, I project Tianyun’s revenue to grow at a CAGR of 22% over the next 2 years. This translates to a FY2020F PE of just 4.8x at current prices which is extremely attractive.

I used a 2 stage DCF model to value Tianyun, by using a 3-year average FCF as the baseline, applying a 15% growth over the next 2 years followed by a conservative terminal growth rate of only 3% and discounting these cashflows back to the present at a discount rate of 10%. After adding back excess cash and non-operating assets, I arrive at a valuation of HKD 2.01 per share for Tianyun which is 68% higher than the last closing price.

We have 754 guests and 2 members online