SINWA: If you invested in IPO 16 years ago, how much have you made? 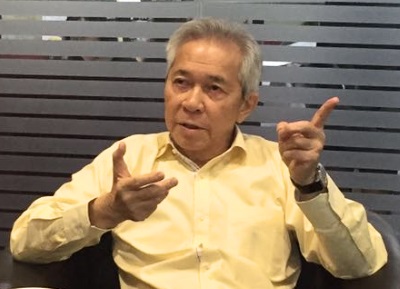 Mike Sim, 74, executive chairman, owns about 41% of Sinwa. NextInsight file photoThat may give the impression that Sinwa has been a sorry performer as its stock currently trades at around 26 cents.

But it had a bonus issue and a rights issue, and its dividends through the years make up for the lack of capital appreciation for long-term holders (more on this below).

The market cap at IPO was $28.75 million on a share capital of 125 million. Today, the figures are $90 million and 341 million shares, respectively.

How much would an investor holding Sinwa shares from IPO till today would have collected?

Then in the one and only rights issue Sinwa called for, in 2010, he subscribed fully for his entitlement.

Using data from the SGX website, we worked out that the dividends he would have collected total $4,346.

Certainly, that would be great timing -- but that's on hindsight.

4. And the worst timing? Oct 2008, amid the global financial crisis, when the share price traded at 6.2 cents.

We have 429 guests and no members online