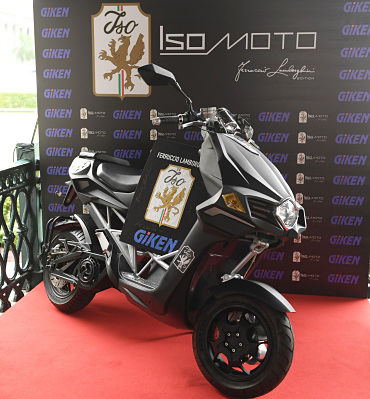 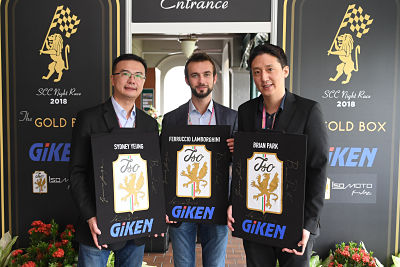 Sydney Yeung | Ferruccio Lamborghini | Brian Park. Photo: Company  Under this JV, I-Motor Asia will be working with GSS’ precision engineering facilities to manufacture and assemble both gasoline and electric models in the 125cc and 150cc categories and 3-wheelers (tuk-tuk) in South-East Asia, India and Taiwan.

Launching ISO in Thailand and Vietnam by end-2018. I-Motor Asia will be launching the distribution business of its electric scooters and tuk-tuks through its partners, the Stallions Group in Thailand and the H.Dream Group in Vietnam by end-2018. The JV is also in active discussions with interested parties in the Philippines, Cambodia, Taiwan, Malaysia, Indonesia and India on the distributorship and sale of these vehicles.

Catalysts ahead; maintain BUY. We remain optimistic on GSS’ prospects and expect both twin drivers to contribute positively to the business in FY19. We expect this new JV to contribute positively to group numbers in FY19, especially if the launches in Vietnam and Thailand are successful. We expect the pricing of these bikes to likely range between USD3,000 and USD5,000 – which should lead to wider margins for GSS.

We have 1998 guests and one member online