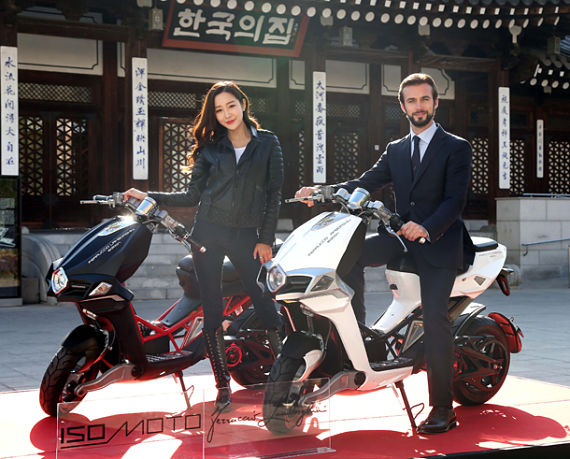 The JV is also in active discussions with interested parties in Philippines, Cambodia, Taiwan, Malaysia, Indonesia and India for the distributorship and sale of these vehicles.

Commenting on the JV with GPCC Korea, Mr. Brian Park, Co-CEO of I-Motor Asia, said: “We are excited with the JV with GSS Energy’s Giken Precision Engineering Division, whose facilities and highly skilled staff will be able to offer the build-up of high end and environmentally friendly mobility vehicles that are increasingly making in-roads in the Asian market for personal and use for light goods transport.

"We are confident our Lamborghini branded vehicles will be highly sought after with the growing consumer interest in this form of travel”.

Mr. Lamborghini is the grandson of the founder of the Lamborghini Group, and was a professional motorcycle racer and an Italian Moto 2 Champion before joining the family business and entering the electric vehicle industry.

The electric scooters are a revival of the iconic ISOMOTO model, which was hugely popular in Italy in the 1950s. As a tribute to Mr. Lamborghini, I-Motor Asia will also name the model with the highest specification – ISOMOTO-FERRUCCIO LAMBORGHINI Edition.

This is in line with the spirit of the iconic ISOMOTO model which is a premium racing-type scooter, which will be introduced into a growing Asian market through I-Motor Asia, its distribution partners and local JVs in the region.

On the upcoming launch of ISOMOTO model, Mr. Lamborghini commented, “I take great pride in contributing to the development in one of the first racing-type and performance driven electric scooters in South East Asia."

We have 1405 guests and one member online