The outcome of the first drill and the operator’s other business priorities caused uncertainties in continuing works in the West Jambi block. As such, GSS deemed it a prudent measure to book impairments for this investment.

Precision engineering (PE) business stronger in 2H18. While its PE unit’s topline grew 12.1% YoY in 1H, we expect its performance to improve in 2H. 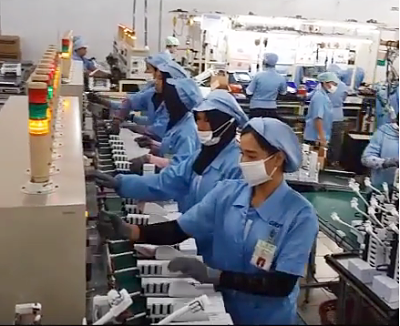 GSS Energy's precision engineering factory in Batam. NextInsight file photo.This is mainly due to a few key projects in the automotive and consumer segments that are expected to ramp up during this period.

GSS also acquired a piece of land in Batam in April to relocate its existing facility operated under an extended long lease.

The new facility should help meet expanded demand, as its present Batam factory is close to being fully utilised.

Monetisation of hydrocarbons and potential discovery of oil soon. In 4Q17, management revealed that the drilling results of SGT-01 led to the discovery of commercially viable hydrocarbons, ie gas.

It announced that discussions are ongoing with various parties to finalise the agreement for offtake of its gas, which could result in monetisation for the group in 4Q18.

In addition, it commenced exploratory activities in nearby Well P1 in 1Q18, and is currently waiting for the results. As this is a makeover well with oil found previously, we expect a higher success rate for oil discovery.

On top of that, with the existing agreement with Pertamina to offtake the oil already in place, we expect monetisation if oil is discovered by 3Q18.

We have 2282 guests and one member online