GSS ENERGY: "Close to first oil" and other takeaways from briefing

Takeaways from the briefing:

But 1Q historically has been the weakest quarter, so one may expect full-year 2017 earnings to come in higher y-o-y.

2. New demand: Arising from Indonesia's new law on local content, GSS Energy expects its Batam plant to benefit from increased outsourcing by global manufacturers of devices such as smart phones. 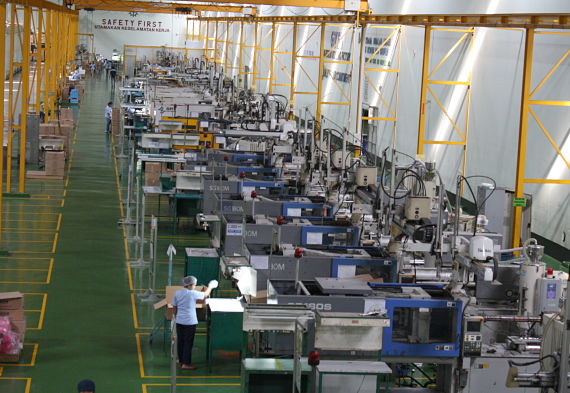 Moulding line in GSS Energy's factory in Batam. Photo: Company
3. Bigger capacity: Around mid-2017, GSS Energy will move into a new plant in Changzhou, China, with a capacity that is double the Changzhou factory it will relocate out of.

The capex is more than covered by compensation from the goverment which asked GSS Energy to relocate its factory.

In addition, in Batam, GSS Energy is negotiating to buy a large plot of land to build its own factory to replace the plant that it is renting currently.4. Scaling up: GSS Energy has identified potential partners to enable it to expand and scale up, and will seek to move relationships to the next level.

5. Undervalued: The current market cap of GSS Energy is S$78 million, or about 7x trailing PE. It has net cash of nearly $12 million.

No value appears to have been accorded to its oil & gas business in the Trembul Operation Area.

To value an oil & gas business, the industry practice is to refer to the 2P reserves which, in the case of GSS Energy, amount to 24 million barrels (base case). 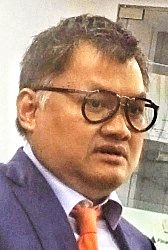 Suyulianto Badung Tariono heads GSS Energy's oil & gas division. Take 10-15% of the market price of oil and then multiply it by 15 million (the low case) and one gets about US$75 million as the market value of the reserves.

6. First oil: Production is expected to start in 4Q this year under a contract awarded by Pertamina in Nov 2016.

GSS Energy can recover capex and opex spent on this project from the sale of the oil to Pertamina, after which the profit will be shared between the two parties.

As GSS Energy's financial statement says, "Other receivables and deposits" as at 31 March 2017 was S$1.32 million. This is an increase of S$0.56 million from 31 Dec 2016, mainly attributable to an addition in recoverable cost under an approved budget under KSO arrangement.

We have 510 guests and no members online