Brian Halim: My Thoughts On SILVERLAKE after reading short-seller's report

This is the main allegation amongst all that is being highlighted.

The report outlines that Silverlake has used extensively in the reporting of its revenue and expenses for the over reliance on its related party transactions, some of whom belongs to the private equity holdings of Mr. Goh himself which can be very difficult to judge once the books gone into consolidation mode, which is what most investors read when they analyze.

The report also stressed that there are some irregularities about the revenue of the private holdings before they are being injected into the group level. It is as if the financial statements are being manipulated in order to account for the higher price sold to the group. In one of the example, it even shows that though the company is making consecutively larger losses over the years, employee numbers have increased substantially, which causes a red flag. The report extensively provided case study on at least 4 of the transactions. 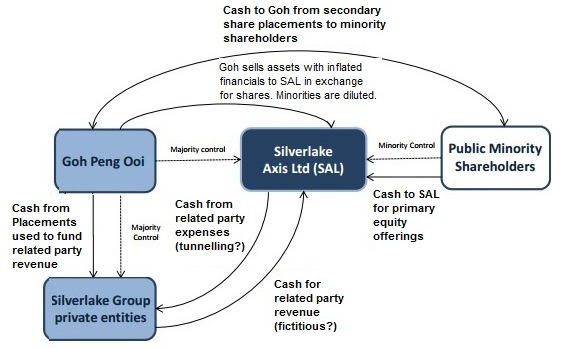 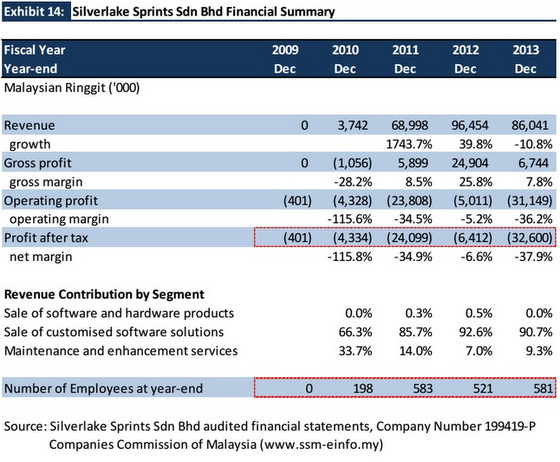 The point on using related party transactions extensively is this. If you are going to use them extensively, then make sure they are being reported extensively in the annual report too. This can be difficult because this is usually the grey area of accounting aspects that isn't made mandatory to report these items in the group level. The reason for this is because each individual entity is supposed to have been audited before they are grouped into consolidation mode.

Chairman's History of Cashing Out At Expense Of Minority Shareholders

The reports stated that historically Mr Goh has been cashing out his stake over the span of 10 years, amounting to RM500M alone. Including the amount of dividends received, this totaled up to RM1B.

On the other hand, you can see how minority shareholders are disadvantaged because the net cash outlay at the end of the 10 years are actually in negative territory. This includes the placement or equity issued to fund the related party transactions, which was thought to be over-priced.

This negative yield ideas are getting more popular these days and you can see how Reits often extensively used this to the benefits of increasing the AUM higher and higher each year.

The report made a claim about the over-valuation of Silverlake when comparing them against near competitors and they appear to be overvalued in terms of the price to sales.The report also mentioned that the revenue per employees is unusually high and this is done to inflate the revenue figures so that it looks impressive on the books.

For us investors when we are analyzing, we get attracted to Silverlake mainly because of its great CAGR on their revenue and profit margin, without actually thinking whether these numbers could be manipulated or not. In other words, we usually take the numbers as face value and we think they are a representative of what it should be. The report obviously stated otherwise.

This article was recently published on A Path to Forever Financial Freedom, and is republished with permission. The writer (left), who is in his late 20s, has a MBA degree.

Why advise when the understanding is not there?

Is this going to be a sudden death situation when oxygen is being taken out. ie no access to cash?

loads of advises but how many are able to understand businesses? Really wish to see more investors of the rare type.

Author merely expressed his views and was honest in his recommendations.
The advice was not to buy or sell, but a general and in fact sound, advice regarding such situations.
Nothing wrong with that.
Quote
0 #1 donmihaihai 2015-08-24 01:25
Why advise when the understanding is not there?

Is this going to be a sudden death situation when oxygen is being taken out. ie no access to cash?

loads of advises but how many are able to understand businesses? Really wish to see more investors of the rare type.
Quote
Refresh comments list
NextInsight.net

We have 175 guests and no members online