·Non-commercial hydrocarbons have been discovered in the exploration well, Masirah North North #1 (MNN#1). MNN#1 is part of a 2-well drilling program in Oman. 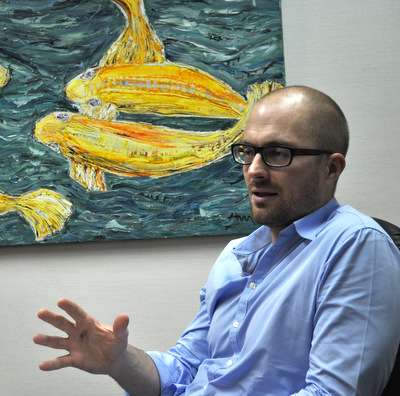 Mans Lidgren, CEO of Rex International. NextInsight file photoThe non-commerciality of the oil well could be due to many possibilities such as low pressure at reservoir, oil being too viscous or too heavy etc.

Nonetheless, datasets acquired from the coring and logging programmes of the first well will give engineers a better understanding of the Oman prospect, and will aid in the identification of the second exploration well.

Subject to the approval of the Omani government, drilling at Oman is anticipated to commence again within the next 2 weeks.

·Putting things in perspective. Over the past 2 years, Rex Technology has been tried and tested across North Energy’s 59 prospects.

Of the 41 wells that were drilled, 35 predictions were forecasted accurately (85% success rate).

Of the 16 wells that were predicted positive using Rex Technology, 11 had been drilled with commercial oil (69% accuracy).

Maintain BUY and target price of S$1.27. While the oil in the first exploration well is not commercially viable, all is not lost as the presence of hydrocarbons (oil) still underpins Rex’s claims in its ability to find oil.

It is important for investors to look at 1 or 2 more well drilling as a more accurate representation of the effectiveness of Rex’s Technology.

Rex will be drilling 5 to 7 onshore well in its concessions in Trinidad & Tobago in 2014, with the first drilling to be carried out in 1Q2014. Drilling at Oman is anticipated to also commence again within 2 weeks.


For what Rex has to say, see its press release issued today on the SGX website. 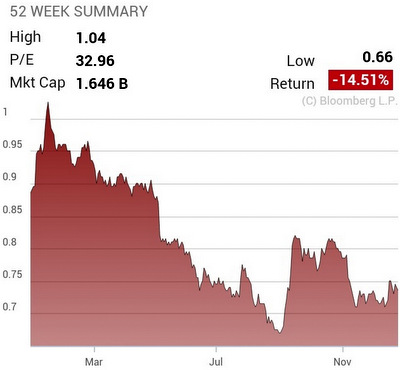 
We continue to prefer YZJ (YZJ SP/ BUY/Target: S$1.39) over COSCO (S) as the beginning of a new shipbuilding cycle is expected to benefit stronger Chinese yards first.

YZJ has an excellent track record in execution. Accumulate on dips.

For COSCO (S), we recommend an entry level of S$0.70 and below. Current share price is partially buoyed by positive sentiments on dry-bulk shipping related stocks on the back of a seasonally high BDI.

We expect a seasonal correction in the BDI in the near term to a trough level in end-January/early-February during the Chinese New Year holidays.

We have 419 guests and no members online