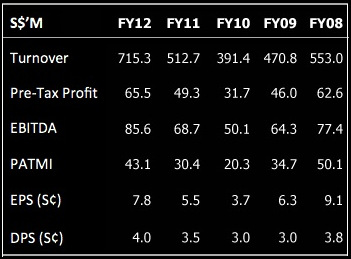 
We suggest investors with a more aggressive risk appetite to consider some of our mid-cap picks.

We added two more to our coverage this week and gave an update on Pan United, where we see a new earnings driver.
 Re-iterate BUY on Pan-United. We met up with Pan-United’s management recently to get an update on their plans for Changshu Xinghua Port (CXP) after completing the acquisition of an additional stake.

Pan-United’s effective interest in CXP rose from 51% to 86%. With greater control over CXP, PUC now enjoys higher flexibility in extracting value from one of China’s top ten busiest ports.
 Initiate BUYs on Rex and Rotary.

After a rough patch in 2012, Rotary has since regained its footing, having clinched several contract wins in 1H13. It now has a strong orderbook of S$1b, providing earnings visibility over the next 24 months. 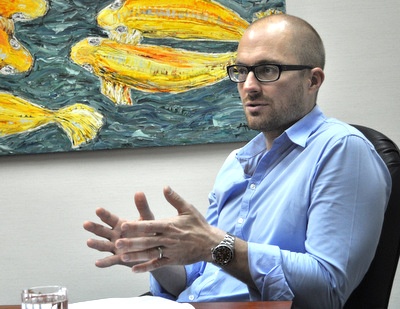 We valued Rex based on the expected monetary value of its exploration assets using forecasts from traditional geologist findings.

Its most valuable asset is arguably its proprietary Rex Technologies (RT) that claims to significantly improve the odds of oil exploration.

With more than 80% accuracy in blind and live tests, RT has helped the company secure strategic partnerships and concessions.

Results from Rex’s first few exploration wells will be critical as it becomes proof of the effectiveness of RT.

The results of the first exploration well are expected to be known by 1Q14. If RT is proven to be effective as management claims, Rex has the potential to become a multi-bagger as it revolutionalises the O&G industry.

We have 342 guests and no members online