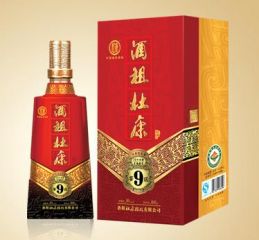 Is the market finally starting to raise a glass to China's liquor makers?  Photo: Dukang

Translated by Andrew Vanburen from a Chinese-language piece in Sinafinance

ARE CHINA'S liquor makers -- like Singapore-listed Dukang -- finally finding something to actually cheer and drain a glass over?

Maybe so, as just shy of one billion yuan in capital has been committed to chasing opportunities in China’s food and beverage sector, with beer and spirit plays getting the lion’s share.

Who’s bellying up to the bar for whom?

Fifteen F&B stocks in particular are of especially high priority for this huge chunk of change.

Last week, following a major alcohol and confectionary trade fair in the eastern Chinese city of Fuzhou, over 8,000 companies and their wares attracted around 100,000 visitors.

As most of us know, these mega-events are not just held to give the curious public free samples of assorted chocolates or cognac.

It is quite clear that the resulting rally in F&B stocks listed in Shanghai and Shenzhen last week was in large part due to the upbeat sentiment and widespread industry attention given the listed firms displaying their goods at the Fujian Province exhibition.

Not only did the F&B sector put in the best performance last week among all A-shares, but the heaps of positive attention helped attract the above-mentioned one billion yuan in capital – not a bad return on investment for listed exhibitors, to be sure.

While the benchmark Shanghai Composite Index added a much-welcomed 1.1% last week, the F&B sub-index rose an even more impressive 4.5%, pushing its average P/E ratio to 25.4 times.

And judging by the looks of the stocks drawing the most investor attention amid this latest sudden influx of capital, it looks like a lot of folks are thirsty for some healthy returns.

The above firms – excluding Yanjing Brewery – each saw over 100 million yuan in new investment.

Of the lucky 15 firms targeted by the one billion yuan in new investment, 13 are engaged in alcohol production (spirits, beer or wine), thus signaling that the sector is ready to get frothy.

One of the biggest impediments to a sustained rally for spirit counters in particular has been the lack of more than one or two nationally-recognizable brands, with most being content to be “regional powerhouses” within the shadow of their distilleries.

Perhaps this sudden spurt will help a few healthy, viable plays with the capacity and quality to make it national ... do just that.

We have 512 guests and no members online