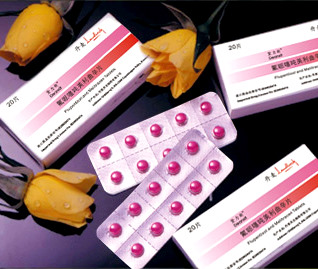 Are drugmakers the cure for the market blues?
Photo: China Medical

CHINA'S STOCK MARKETS are desperately in need of some strong medicine.

Help may soon be on the way.

While China’s A-share markets have been having a forgettable year, five sectors in particular are set to change faces, becoming bulls and bidding farewell to bearishness.

Spoiler alert... four out of five are positively therapeutic and might help usher in a period of healing to the market.

The five industries looking more bullish than bearish, and apparently wishing to move from the forest to the farm where bulls are more comfortable, are: electronics manufacturers, medical devices, medical services, traditional Chinese medicines and upstream chemical manufacturers targeting the drug sector.

In the current bear market, the first sign of a bullish sector or individual counter with staying power will immediately be jumped upon – much like a bull being loosed from its pen at a rodeo.

In other words, with so much lackluster and even downright depressing news hanging like a pall over market sentiment of late, anything out of the ordinary is almost by definition bound to be positive, so investors need to be ahead of the curve and jump into an uptrend early.

As for the five sectors expected to bounce back over the next six months, four of them (save electronics manufacturers) fall into the broad category of downturn-resistant shares.

In good times and bad, pharmaceuticals and medical services will always be in demand.

It is not so much lower market demand that gets in the way of growth in the sector, but instead players in the overcrowded and highly fragmented sector tripping over themselves to get a bigger piece of the pie.

So should pharma and medical tech shares suddenly surge, it won’t be an across-the-board ascent for all players, but hopefully a long-overdue winnowing out process that separates the weak and infirm from the viable.

Will pharma shares give the struggling China market (above) a shot in the arm?

And with continued success and funds on hand, the risers would be in a stronger position to exercise some good old-fashioned non-organic expansion and acquire some of the laggards at bargain-basement prices.

Not only will this increase market shares for the top names, but also weed out the underperformers through M&A activity or just letting them collapse on themselves in the market's version of natural selection.

Already we have seen some evidence of this growing trend for these shares.

Since June 11 of this year, pharma and medical sector shares in China have risen by an average of 10.3%, compared to a 6.6% fall for the benchmark Shanghai Composite Index over the same time period.

So with pro-growth policies in Beijing and renewed investor interest, it will be interesting to follow the potential and steady rise of drug and medical device counters over the next few months.

We have 947 guests and 5 members online