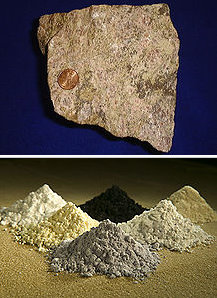 China dominates the global rare earth supply pool, with 97% of the 17 metals in its coffers.
Photo: Wikipedia

RESOURCE COUNTERS are once again gaining the full attention of the various funds plying their way across Mainland China's capital markets.

This is especially true for rare earth metals -- of which China controls the lion’s share of the world’s supply – as they are critical components of fast-growth industries like mobile telecom and wind power.

China only has about 30% of the world's rare earth metal deposits, but thanks to rather controversial trade flow and export controls, it commandeers a staggering 97% of the world's supply of these scarce resources.

There are two primary drivers giving way to the pro-resource sentiment.

The first is that overall, resource sector stocks have been underperforming the benchmark Shanghai Composite Index, which has risen by nearly 11% since the calendar flipped over to 2012.

Therefore, fund managers feel the sector is due make up for lost ground soon.

The second is also “ground” related.

Some of the economic restructuring being orchestrated from Beijing over the past few years – especially post-2008 global financial meltdown – has been aimed at shifting Mainland China’s GDP away from a longstanding overreliance on foreign investment and the largesse of buyers of “Made in China’ overseas, and more toward high value-added production and increased attention to the domestic market.

Naturally, one of the first sectors to be targeted is upstream mining, by definition one of the least value-added segments of the PRC’s industrial juggernaut.

These various mining restrictions over the years have resulted in soaring prices for the suddenly more scarce mined materials – and this is like the clanging of a dinner bell to ambitious, bargain-hungry fund managers across the land.

Said opportunity seekers are especially upbeat on the prospects for chemical deposits like fluorite as well as rare earth elements, as mining restrictions on their extraction have become more stringent which fans the flames of commodity price rises even more vigorously.

The slowly leaking news on current price reforms for various mined resources coming out of the annual legislative national-level meeting held in Beijing last year has only done more to turn more heads and raise more eyebrows within the fund investment community.

An investor at a Shenzhen-based joint venture fund firm who was seriously looking into moving money into resource stocks said that the combination of the gradually revealed pricing reforms on resources as well as ongoing strategies to take full advantage of the carbon credit system along with lingering mining restrictions could potentially work together to provide major upsides to those who know which mined resources are the most undervalued, or have the most pent-up demand.

“It looks like the direction on mining resource pricing reforms is beginning to take shape. The trend I see evolving is that price controls will remain in place for many of these critical commodities, but miners will have more flexibility to bring prices more closely in line with international averages so as to not take such a hard hit on the P&L sheets each quarter,” the fund manager said. 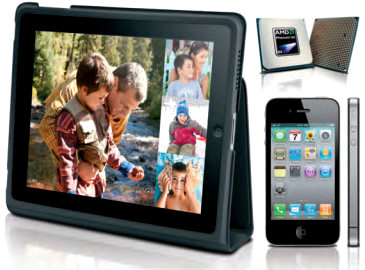 If all these scenarios pan out, then key mined resources will then be allowed to be sold at “market value,” he added.

“And this will translate into strong upside potential for the related counters’ share prices.”

Another investor with the Bosera Funds said that his fund was also paying close attention to potential buys in the resources sector.

“China’s GDP, while not in high-flying double digits, is still humming along quite well and there will be continued strong demand for many of the mined resources in question.”

In a few decades, some experts predict that worldwide rare earth elements demand will exceed supply by 40,000 tonnes per year unless major new sources are extracted.

China has received criticism for announcing two years ago plans to reduce its export quota to 35,000 tons per year in 2010–2015, a move it claimed was meant to conserve scarce resources and protect the environment.

We have 491 guests and no members online