JARED SEAH: "My experience living in Athens as the Greek tragedy unfolded...'

I ARRIVED in Athens from Shanghai 36 months ago, full of excitement and anticipation.

A former colleague in Shanghai who came to work in Athens 3 months earlier had invited me to join her team at IKEA.

I imagined Greece would offer me a Hellenic adventure, a sharp contrast to the bustling financial backdrop of Shanghai where I worked for 4 years as a Supply Development Manager.

Imagine arriving in the land of the Greek mythologies that have been a part of my childhood growing up in a HDB home in Singapore.

Many a fantasy I’ve dreamed after reading the tales of Hercules, Jason and the Golden Fleece, the Cretan Minotaur and labyrinth, etc. 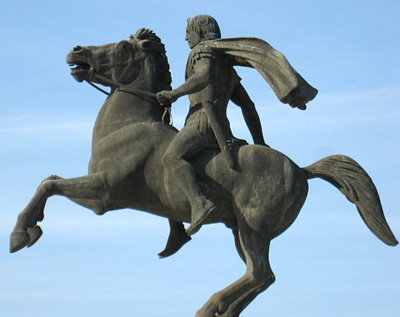 Statue of Alexander the Great who created one of the largest empires of the ancient world. Photo by Jared Seah

I’ve travelled to a number of European countries on business trips before coming to Greece to work as a Supply Developer Specialist to develop and optimize the supply chain setups between our suppliers and retailers.

I was already aware of the higher cost of living in Western Europe compared to Singapore.

However, much to my delight the bus and metro fares in Athens cost only 1 Euro per ride! This is pretty much similar to the maximum fare in Singapore - but I wasn’t complaining, of course!

My relief was short-lived as the Greek sovereign crisis started to take its toll on the day-to-day cost of living. From the start of this year, the bus and metro fares were increased by a whopping 40% to 1.40 Euro per ride!

Escalating costs hit me on many fronts: petrol started to cost more, the sales tax (their GST) was increased from 19% to 23%.

However, it was the retroactive tax increase that upset me the most. During mid-2011, a “Solidarity Tax” was introduced on-top of the existing income tax. It’s effective for incomes earned from 2010 to 2015.

Hey! Even though I paid my 2010 taxes in full this April, I had to cough up an extra half-month’s pay this Sept for this “Solidarity Tax”. It ranges from 1 to 5% depending on income.

Despite these irritations, I am thankful that my housing and utilities were paid by my employer as everything else shot up in price! I cut down on eating out, cooked more meals at home, and dramatically reduced my discretionary spending. 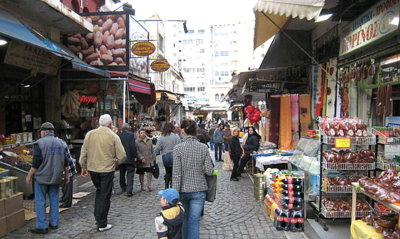 A wet market in Athens. Photo by Jared Seah

When I went out, I was saddened to see lots of small shops and eateries closing one by one. Here this week, gone next week.

Even the big boys got hit. Citibank closed 31 of its 72 branches in Greece.

The austerity pain and woes have driven up the suicide rate in Greece to the highest in Europe – a 40% jump over last year.

My Greek colleagues and their fellow citizens suffered in other areas: up to 25% pay cut for civil servants, pension cuts for retirees, layoffs in the public and private sectors. Many more austerity measures have been implemented and many are yet to come… 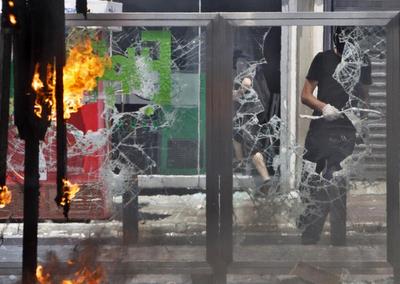 If I were a Greek worker, I would join them on the streets too! I watched many a demonstration with a small degree of detachment and lots of empathy.

To put some perspective to the income cuts, after Greece joined the European Union, the average Greek salary doubled without a corresponding increase in productivity.

As a result, you can imagine, for example, the Government-owned public transport losing money year after year – since “cheap” fares have to be paid by somebody one day.

Inefficiency is also another name for the bloated civil service. To get my work permit, I’ve lost tracked of how many Government departments I’ve had to visit to get my “stamps” of approval… It was so “complicated” that from the 2nd year onwards, my company engaged a consultant to assist all future new foreign workers – yup, I was the guinea pig that paved the way for others after me.

Unproductive. Inefficient. Another word to describe Greece is ‘retire young’. Before the crisis, you could retire in Greece as early as 50 with pension if you met certain conditions. Greece had one of the youngest retirement ages in Europe then.

Funny how a little perspective changes everything… 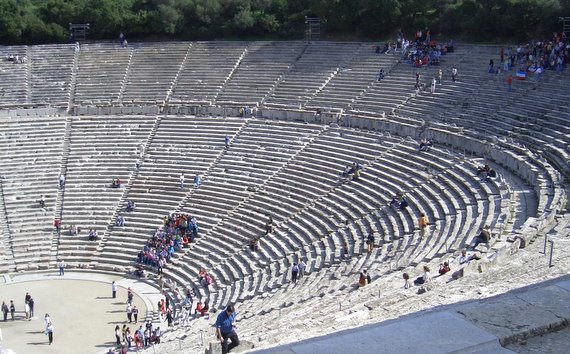 Ancient Theater of Epidaurus which was constructed in the late 4th century BC for dramatic performances.Source: http://www.travelpod.com/

At the start of the crisis 18 months ago, I noticed some financially savvy Greeks were buying Romanian gold or converting their savings to Swiss francs in Swiss banks.

If Greece were to switch back to the Drachma today, these “quick-movers” would be less affected by a devaluation of their currency. Comparing how gold prices and the Swiss franc have strengthened against the Euro today, you can say they have even “profited” from this crisis!

There continues to be a lot of money being withdrawn from Greek banks to be deposited abroad or stashed at home.

Mental note to myself: When change happens, don’t just stare at the writing on the wall and do nothing! 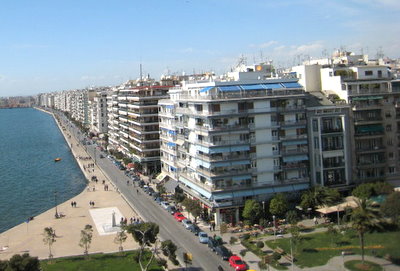 Unfortunately, I won’t be around for the climatic ending of this Greek “tragedy” that’s playing before the whole world. I shall return to Singapore on 31 Dec 2011 on Singapore Airlines for my next adventure back home as my work contract has expired. I have worked a long time -- 14 years -- for IKEA.

Side note: It’s the story of my life (as a bad market timer)... Of all the years, I choose next year to be a free agent! Now I really have my back against the wall - no way to go but forward! Onwards!

Despite widespread pessimism over the crisis, I have faith that my proud and nationalistic Greek hosts will overcome this winter of discontent. It’s in their genes.

Greece was the cradle of European civilization. It introduced democracy to the world, and defeated the Persians in two epic wars that helped to protect Western civilization. It bravely fought and gained independence from the Ottoman Empire, and overcame the Military junta in the 1970s.

I believe in the indomitable spirit of humanity!


Jared Seah, 44, writes regularly on his popular blog, http://singaporemanofleisure.blogspot.com/, which has many postings on a wide range of financial and non-financial topics

Thanks! I'm sure you and Hans have lots of stories to share of your time in Singapore and Athens too

I've always loved a vigorous debate! Looking back a bit silly right? We "fighting" to make Invar richer... Glad you and I are now "free agents" looking out for number 1 - as the Americans wouild say

If I visit Taipei, need your help to guide me to Yang Ming Shan and Beitou's hot springs! And introduce me to your TW's mei mei

I "cheat eat, cheat eat" only lah! I am more a retail salesman. If I do get back to work (plan B), I think it's more likely you will see me on the selling floor. Lelong lelong!

Singapore welcomes back a true talent in every sense of the word. We should meet for kopi once you've settled down back in SG. Be well and prosper.
Quote
12
Refresh comments list
NextInsight.net

We have 1135 guests and one member online