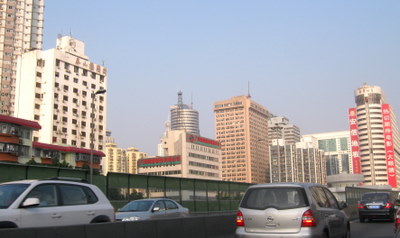 CHINA' S SHANGHAI Composite, the benchmark tracker of A shares and B shares, closed down 1.9% today at 2,781.40 following a long-anticipated rate hike over the weekend.

China’s central bank hiked lending and deposit rates by 0.25% to 5.81% and 2.75%, respectively, which had no downside effect on morning trade as the move was expected but profit-taking took over with a vengeance after lunch.

China’s benchmark Index lost its hold over 2,800 points shortly after the mid-day break on a day characterized by light trade following the holiday weekend with trading turnover of 123.4 bln yuan.

However, given the steady rise in Chinese shares in the morning session today, analysts said that the interest rate hikes were long-anticipated and investors had likely factored in the move long in advance.

Others said the scale of the hike was smaller than expected and the move later than anticipated, according to a Chinese language piece in SinaFinance.

However, this relative under-reaction to the rate action did not spare some of the most vulnerable sectors to tighter credit.

China’s property developers were some of the hardest hit counters today as the industry’s lifeblood is dependent on a steady availability of affordable capital.

The country’s lenders were naturally down on the latest credit-tightening move.

Other financial sector firms were not immune from the credit crunch including heavyweight insurer China Life (SHA: 601628) which fell by 1.21% to 21.98 yuan.

We have 564 guests and no members online