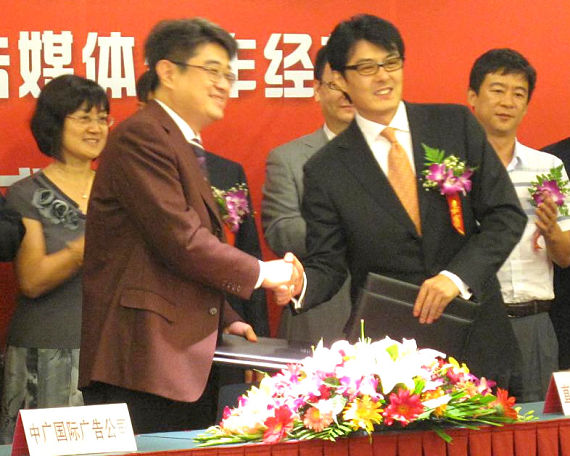 And a company executive told NextInsight that ZZNode is gunning to be a top player in the sector.

The Hong Kong-listed provider of operational support system (OSS) software and mobile communication network optimization services to telecommunication operators in the PRC and Hong Kong also provides maintenance, training, and other services and is engaged in securities trading activities.

I asked ZZNode’s Executive Director Chen Fu Ju about how the Wanchai, Hong Kong-headquartered firm planned to rise to the top of the outdoor ad market in mainland China.

NextInsight: On November 12, ZZNode held an Extraordinary Shareholders Meetings to consider changing the English name of the company from "ZZNode Technologie Company Limited" to "China Oriental Culture Group Limited" and a new Chinese name of the company be adopted in place of existing one. What was the result of this meeting and why does the company wish to change its name? 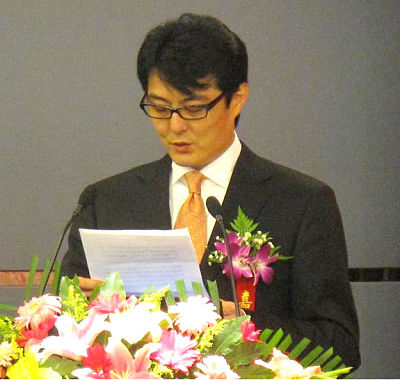 "It is our medium-term objective to become one of the China’s largest outdoor advertising companies with a total outdoor display area of more than one million square meters ultimately," says ZZNode Executive Director Chen Fu Ju. Photo: Company

Mr. Chen: All the proposed resolutions during that meeting including the resolution about the name change were 100% passed.

The Board considers that the new name provides a better identification of the Group’s new business strategy and operations in the cultural and media business in the PRC. The new name is in the interests of the Group and the shareholders as a whole.

Mr. Chen: On November 12, we also signed the same agreement with the shanghai branch of OMD, which is a unit of the leading global advertising and marketing communications services company called Omnicom Group Inc (NYSE: OMC) .

The advertising consultancy agreement with Saatchi & Saatchi and OMD is very critical to our business since we started the strategic relationship with two of the largest 4A advertising agencies in the PRC. Being a new player in the media business of the PRC, the partnership with 4A ad agencies is positive and beneficial for our long term business development.

When do you expect the Hebei billboard contract to be fully contributing to revenue and is there the possibility of extending the scale of timeframe of the current contract, or signing a similar one in other provinces of the PRC?

Mr. Chen: The revenue of the billboards will start to be recognized in financial year 2011.

Pursuant to the master agreement signed with the advertising company of CRTVAD dated on 18 August, 2010, the transfer of the billboards and other advertising spaces should be completed within 3 years, i.e. by the end of 2013. We will work closely with CRTVAD based on the experience in Hebei Province to develop the outdoor advertising business in Hebei’s neighboring provinces.

ZZNode’s Hong Kong-listed shares are trading at around 0.63 hkd per share. This is a 52-week low for the stock, down significantly from the 2.25 hkd seen a year earlier. With your major new billboard advertising contracts and other projects in the works, I think it is fair to say that your shares are substantially undervalued.

What do you think is the major reason(s) for the current valuation weakness, and what should shareholders know about ZZNode that would help boost its share price?

Mr. Chen: The Board considers that all the price-sensitive information has been fully disclosed to the public and we have no further comment on the current share performance. However, the Board thinks that the crucial factor affecting the share price of a company is the financial performance. We have spent all our efforts to develop the outdoor advertising business and to enhance our profitability. We anticipate that we can distribute dividends ultimately.

Can you explain a bit about your payment structure for the billboards? How much of a cost burden is it, what are the margins per billboard and how are they paid for?

Mr. Chen: We have signed a confidential agreement with CRTVAD and we are unable to disclose the actual costs of the billboards since this may affect the smooth transfer of future billboards and the advertising spaces in other provinces. The Board considers that the amount of the fixed annual rental fee is fair and reasonable and will be paid according to the schedules as stated in the master agreement. Such annual rental fees are fixed for 10 years. 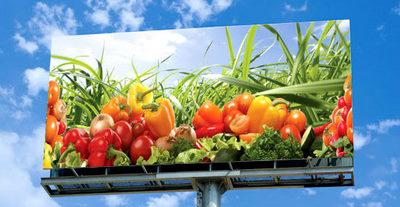 ZZNode recently signed a 10-year agreement with CRTVAD to obtain excluding operating rights of no fewer than 2,800 highway billboards (at least 3,973 billboards by 2013) along 15 existing highways and another 5 under construction in Hebei Province beginning Jan 1, 2011.

Do you anticipate that you will do business differently with CRTVAD, an affiliate of CRTV, because it is not a listed or private enterprise, but is instead government –run, directly under the State Administration of Radio Film and Television?

The contract begins January 1, 2011. What physical preparations have you made so far and will you be fully ready to go on January 1?

Mr. Chen: To cater for the new business, a 1,500 square meter new office has already been set up in the CBD of Beijing. We have just recruited 20 staff and formed a new operations team to service the clients introduced by Saatchi & Saatchi and OMD.

Mr. Chen: As mentioned in our 2010 interim report, we have just completed the disposal of the shares of “Aplaco” and “Watson” which hold our investment properties. We will continue to dispose our financial assets in view of the current bullish stock market. We anticipate that 100% of our revenue will be come from our media operation in 2011.

When do you think ZZNode will become China’s largest outdoor advertising firm?

Mr. Chen: The Board considers that it is our medium-term objective to become one of the China’s largest outdoor advertising companies with a total outdoor display area of more than one million square meters ultimately.

We have 1004 guests and no members online