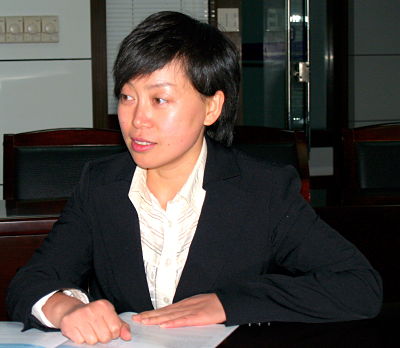 Eyes on the Prize: “Our core capability is optical system design and manufacturing, and we run with this and aggressively seek out clients in both cell phones and camera sectors," says Sunny Optical IR Director Ida Hu. Photo: Company

Its rapid expansion into cutting-edge optoelectronic applications has also allowed it to boost market share, which should help produce at least a 20% increase in net profit this half, management told NextInsight.

And the high-tech firm is obviously onto something as its first half revenue jumped 52.4% year-on-year to 834 mln yuan while its net profit grew much faster, 134.2% to 55 mln yuan.

Sunny Optical, which was founded in 2004 and listed on Hong Kong’s main board in 2007, has grown to become one of the leading optical technology firms in China, thanks to its strong design capabilities and manufacturing know-how.

In particular, its aspherical lens application, auto-focus, zoom and multilayer coating methods along with other core optical technologies are consistently ranked among the best in China.

“We are working hard to make our three-pillar business including optical components, instruments and opt-electronics successful through optics, mechanics and electronics technology integration. Our mission is to be a well-known leading optical product supplier by international cooperation and OEM project,” said Mr. Wang Wenjian, Sunny chairman, president and founder.

“Grasping opportunities emerging from domestic 3G handsets and smartphone markets, Sunny will focus on promoting handset lens sets and camera modules with high resolution, with an aim of maintaining its strength in the domestic market and entering into the supply chain of international leading handset manufacturers.”

Mr. Wang said predictions that the market for Digital Single Lens Reflex (DSLR) applications will grow steadily in the second half of the year are boosting orders in the current period. 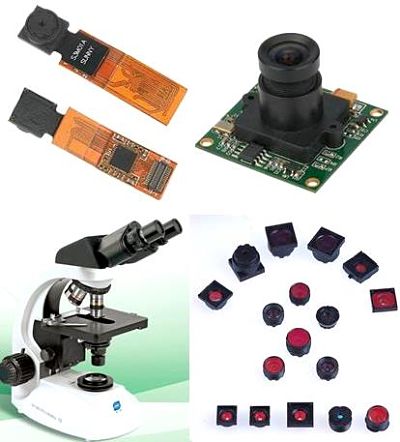 Good Visibility: "Sunny will focus on promoting handset lens sets and camera modules with high resolution, with an aim of maintaining its strength in the domestic market and entering into the supply chain of international leading handset manufacturers,” says Sunny Optical Chairman Wang Wenjian.
Photos: Company

“Sunny will continue to launch marketing promotion for key businesses and conduct key breakthroughs for security surveillance cameras, lens sets for vehicles, and infrared lenses and lens sets as well as mid- to high-end optical instruments.”

Its optical components division, mainly producing lens sets for handsets and digital cameras, remains its top breadwinner. That division recorded strong growth in the first half, with sales up 63.3% year-on-year to 407.4 mln yuan, which accounted for approximately 48.9% of Sunny’s total top line compared with 45.6% a year earlier.

Digital camera-related orders, particularly for high-precision lenses for DSLR cameras, and 2-mega pixel or above lens-set products for handsets exhibited the most rapid growth rates.

The firm meets orders from its four PRC-based plants in Zhejiang and Guangdong Provinces as well as the municipalities of Shanghai and Tianjin.

Sunny Optical IR Director Ms. Ida Hu told NextInsight that some of the recent top and bottom line surges were due to a low 2009 base rate during the global economic slowdown.

“By 2010, the market recovery was clearly on track so we jumped on the chance, upgraded technology, enhanced cost controls and won much better raw material cost terms from our key suppliers,” she said. 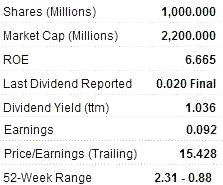 “Our core capability is optical system design and manufacturing, and we run with this and aggressively seek out clients in both cell phones and camera sectors.”

She said the former still remained the mainstay.

“Cell phone manufacturers remain our biggest clients.  We put a lot of assets and investments into this area.”

Would the mushrooming of higher-end handsets and the advent of next generation smartphones make “traditional” dedicated digital cameras a thing of the past?

“No. While we see smartphones gradually replacing low-end cameras, we still believe that professionals and discriminating consumers will still always want better and better dedicated cameras. So we expect lens module orders to continue pouring in from both handsets and cameras.”

Other lens applications are increasingly making their presence known to designers and grinders at Sunny’s four factories.

“CCTV (surveillance cameras) and medical use lenses employ more complex production processes and are likely a more significant undertaking for us 3-5 years down the road. They take time to move from design to production stage."

Sunny mainly produces on an OEM basis for the established global names, mainly Japanese and South Korean players like Samsung, Sony and Panasonic who control the CCTV market in the PRC at present, she said.

“We of course will produce on an OEM basis for them if they want, but we are striving to do things more on our own, to move toward both self-branded production and import substitution.”

Sunny has been publicly listed for over three years in Hong Kong, and Ms. Hu said the Special Administrative Region (SAR) was the logical place at the time to launch its IPO.

Behind the Scenes: Sunny Optical's lens sets are installed in a wide range of consumer electronics. Photos: (from left) Samsung, Panasonic, Carl Zeiss

“Hong Kong struck us as being more international than listing domestically. And we preferred it over places like Singapore or New York because of the cultural and linguistic affinities of Hong Kong as we are essentially a Chinese firm. Also, A shares were not a viable option because they don’t allow share options,” she added.

She said the company in its 26 years of operation has mainly relied on organic growth for expansion.

“However, we don’t rule out expansion via M&A if the price and fit are right. In considering acquisitions we look first and foremost at a target’s R&D strength and market share. If it’s a good match we will consider it of course.”

Sunny prides itself on its strict production cost controls and quality upgrades, which meant that the company was not eternally wedded to the idea of PRC-only production.

“All of our production is currently in mainland China, but some of our investors are urging us to look into moving some to Vietnam. However, we need to fully weigh the risks first.”

After such a strong first half, how did Sunny expect to perform in the current six-month period?

“We expect our bottom line will rise by a minimum of 20% in the current half thanks to a better product mix, higher ASPs and a rising market share,” Ms. Hu said.

We have 748 guests and no members online