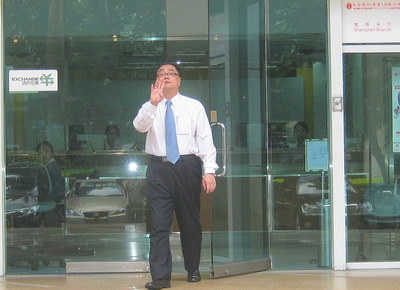 Banks were in no mood to celebrate. Photo: Andrew Vanburen

CHINESE A-SHARES finished 0.52% down today at 2,638.80 on a decided lack of enthusiasm for growth prospects in industrialized economies.

After a stellar day yesterday in which the benchmark Shanghai Composite Index added 1.6%, A shares were hit today by fears of a double-dip downturn in the West.

A continuous streak of weak numbers from industrialized economies including the US and Japan are igniting fears of another recession.

The A-share Index lost nearly 30% in the first half and regained 10% in July, but failed to end August on an upbeat note despite continued stronger-than-expected corporate earnings from Chinese enterprises.

The Shanghai Composite has floundered within range for most of August, and analysts expect it to amble in a narrow parameter going forward, with the 2,728-point mark -- the 120-day moving average – seen as the near-term ceiling.

Airlines had a forgettable day as profit-takers ruled the roost after most carriers earlier this month reported relatively robust earnings.

However, one of the most high-profile losers on the Hong Kong Stock Exchange today was Taiwan's Foxconn International (HK: 2038), the world's top contract cell phone maker and a major Ipod producer, as the company's recent results were battered by lower handset prices and rising costs.

In China, corporate earnings for the first six months outdid nearly all forecasts, with the country's nearly 2,000 listed firms announcing a 41% spike in their January-June bottom lines, on average.

However, experts expect this performance to be more muted in the second half due to doubts of a sustained global recovery.

Financial institutions, often saddled along with developers of carrying the market up (or down) in the past few quarters, also finished today broadly lower.

Banks and insurers led the the selloff today.

Analysts said that because of the lacklustre August performance of A shares in which volatility became a thing of the recent past, investors should be wary going into September because major corrections or upward surges could occur due to bottled up sentiment one way or the other. 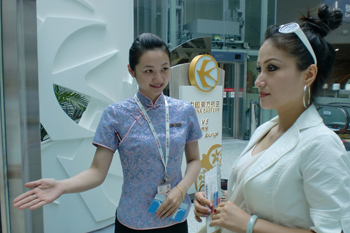 A more bearish minority consensus among them is that the mid-2,300 point stratum may be an upcoming low-point, and investors would be wise to jump in at this level.

On the macroeconomic front, lingering but unsubstantiated rumors that Central Bank Governor Zhou Xiaochuan may have defected after ill-advised US treasury investments did not help sentiment.

Meanwhile, analysts expect August to register the highest inflation growth so far this year, which will put more pressure on the People's Bank of China to tighten lending sooner rather than later.

Lenders didn't fare much better, with investors taking cover amid the likelihood of tighter lending policy on expectations of a big August jump in inflation.

We have 384 guests and one member online