OTHER THAN listing in Hong Kong and Taiwan, some Singapore-listed companies have been also exploring South Korea in a bid to improve the valuation accorded by Singapore’s conservative market.

Combine Will, China Gaoxian and Sunmart have applied to list in the Korea Stock Exchange, but will the relatively small players replicate STX Pan Ocean’s successful dual listing?

After all, STX Pan Ocean is South Korea’s largest bulk carrier line, has an established brand reputation there and was the North Asian nation’s largest public offering during its secondary listing in 2007.

Its IPO was in Singapore, in Jul 2005 at 90 cents. The Korean listing raised about US$600 million in Sep 2007 at S$2.84, and outperformed the Singapore listing until the shares were made fungible.

Less than 5% of its float remains in Singapore and every month, STX shareholders are migrating their shares from the Singapore bourse to South Korea. 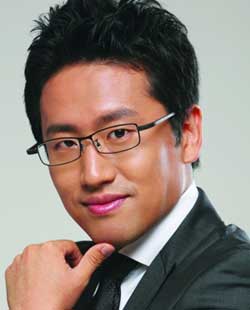 It only takes one to two days to convert Ordinary shares to Korea Depositary Receipts and vice versa, as I found out after a telephone call to Perry Jung, who runs the China investment-banking desk at IBK Securities, the stock broking arm of the Industrial Bank of Korea.

In comparison to STX Pan Ocean’s huge market cap in excess of S$3 billion, the combined market cap of Combine Will, China Gaoxian and Sunmart is less than S$500 million.

But foreign listings can have their own merits even when small.

As long as the stock has a market cap of US$40 million or more, the company would have met its minimum investment threshold. For practical reasons, however, a KDR issue should amount to at least US$30 million.

Another merit: As the South Korean Won is a highly volatile currency, the recent influx of foreign issuers (mainly Chinese) on the Korean Stock Exchange has allowed Korean investors invest in overseas economies without forex risk.

That is one of the reasons ever since the Korea Stock Exchange opened the doors to foreign depositary receipts in 2006, Korean investors have been increasingly excited over foreign issues, especially those riding on China’s growth, according to Mr Jung.

It's not a given, though, that all IPOs would be successful. An essential ingredient is large institutional interest during book building, even if it is just a 1% to 2% stake, he added. Underwriters usually place 80% of new issues to institutions.

Another key ingredient is a positive sector outlook, and requirements such as ROE in excess of 20% for Chinese companies, or annual growth rates in excess of 30%, said Mr Jung.

Retail investors, on the other hand, usually follow the institutional investors.

When it comes to pricing, Mr Jung expects KDR issues to be priced 20% to 30% higher than when the foreign issuer first announced its intention to go for a Korean listing.

However, the offer price will be usually discounted 5%-10% to the closing price on the primary bourse as the stock would have run up before book building commences.

As an example, now trading at 28 cents, Combine Will has surged over 50% from its closing price of 17 cents on 17 Apr, the day before it announced intentions to list on the Korea Stock Exchange.

(The toy manufacturer initially wanted to spin off a subsidiary for listing in Korea, first announced in Jun 2009, but later opted for a secondary listing by the holding company.)

Inexplicably, however, the stock prices of China Gaoxian and Sunmart are relatively unchanged from the levels when they first announced their intention to list on the Korea Stock Exchange. China Gaoxian trades at a 12-month trailing PE of 2.7 while Sunmart, 6.1

We have 777 guests and no members online