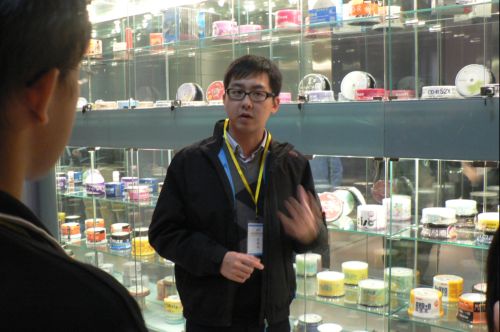 SINCE its founding in 2000, Anwell Technologies has been an innovative manufacturer of equipment that makes optical discs, a term that mainly refers to CD-Rs and DVDRs.

Today, it is the second largest manufacturer of optical disc equipment in the world. Its machines are the fastest, a feature that customers value because about 20% more discs can be produced in a given time.

Reflecting a new dominance by Anwell in overseas markets, 50% of its HK$442-million in sales in the first nine months of this year were to South America. Another 5 % were to Europe and India, and the rest, to Hong Kong and China.

“In the earlier years, customers in other parts of the world did not believe that machines as good as ours could be made in China,” recalled Ken Wu, an executive director of Anwell, whose headquarters is in Hong Kong.

The customers bought from Singulus, the German company that is currently the No.1 in the world but it continues to lose market share to Anwell. 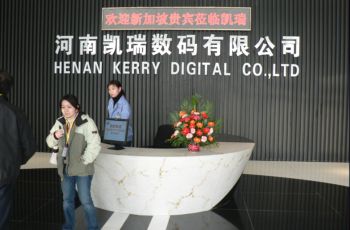 Henan and Jilin: lowest operating costs in the world

It is located in Henan province about two hours by flight from Shenzhen. By the way, Henan province, the most populous in China, is best known as being home to the Shaolin Temple.

Henan Kerry enjoys operating costs that are among the lowest in its industry worldwide. Even lower are those enjoyed by Jilin Qingda Digital which is located further north in the province of Jilin. In total, the two manufacturers employ 1,200 people.

That’s why Henan Kerry, for example, had sales of US$21.2 million and gross profit of US$4.1 million last year, and counts Samsung, Kodak and Tesco, the world's third-largest retailer, among its customers. 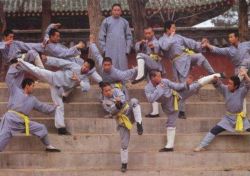 Henan is the home of the Shaolin Temple

And given the relatively low operating costs in Asia, there are no manufacturers of recordable discs which operate in high-cost regions such as Europe and the US, explained Ken.

This year, the financial numbers for Anwell’s newly-acquired disc division - which includes UmeDisc, the Hong Kong marketing arm for Henan Kerry and Jilin Qingda - will continue to be pretty, going by management guidance.

In the first 8 months of this year, the division had chalked up HK$66 million in net profit on more than HK$500 million in sales while its listed Taiwanese competitors continue to lose money.

“The disc manufacturing division is a stable business and will be a cash cow for the Anwell group, which will help fund our R&D in the equipment business,” said Ken.

Henan Kerry and Jilin Qingda have more than 150 customers. No single customer accounts for more than 10% of sales. 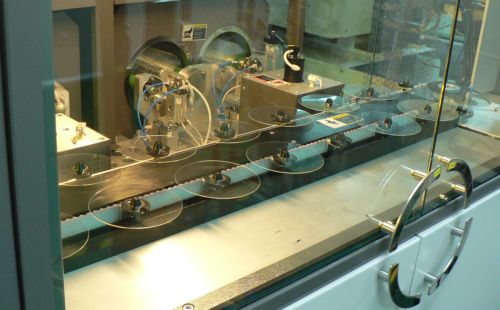 Anwell develops its own technology for faster replicating machines.

Benefits of being part of Anwell family

Henan Kerry and Jilin Qingda Digital will have a new key benefit from being part of the Anwell group: Their production capacity and capability can be enhanced at a lower cost.

Anwell is the world’s only optical disc manufacturer capable of producing its own manufacturing equipment. “This means that for any new investment in production capacity, our competitors use, say, $100 to buy equipment, we spend only $50 to build our equipment,” said Ken.

“The vertical integration is very important when the next-generation product comes around. That’s when the profit margin is very high for both the equipment and disc manufacturers,” said Ken. Subsequently, over a few years, margins will drop as the product becomes a commonplace commodity.

The acquisitions were valued at a total of HK$449 million and were paid with:
* 1.33 billion new Anwell shares pegged at 6 cents a share; and
* HK$50 million in non-convertible notes.

“The vendors believe in the future of Anwell,” said Ken on the payment mode. Two vendors have become substantial shareholders with 17% and 8.4% stakes in Anwell, respectively.

Henan Kerry and UmeDisc have become 100% own subsidiaries but not Jilin Qingda, which is 51%-owned by Anwell.

This is the first of two articles arising from the trip that NextInsight made. Article to be published next week: Why does Anwell CEO Franky Fan think Anwell’s future is bright?

We have 1621 guests and no members online