RIVERSTONE: "A wonderful company at a fair price"

While certainly not as cheap as it was 3 years ago, investors would do well to remember a certain Warren Buffet quote -- “It’s far better to buy a wonderful company at a fair price than a fair company at a wonderful price."

Riverstone, for reasons listed above certainly qualifies as one, in my opinion.

Analysts seem to agree from their recommendations on the counter and their strong conviction have been underpinned by a series of strong quarterly results.

Here are some highlights from their FY2014 results: 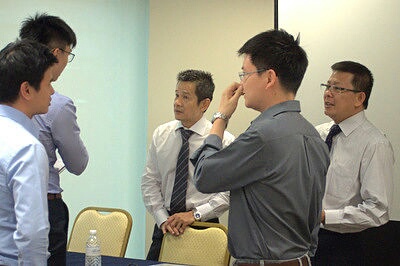 As any business guru would tell you, the success of a business depends heavily on the effectiveness of its management team. For investors, the significance of that can hardly be over emphasized.

Riverstone’s ability to come out unscathed and grow through tough times is in no small part due to CEO Wong Teek Son and his team as their ability to make the right decisions and ensure the business is able to exploit any opportunities that presents itself.

The business has risks, though.

These include increases in raw material and labour costs, fluctuations in the USD/MYR rates, and competition from other glove manufacturers in an increasingly saturated industry, particularly in the healthcare glove sector.

The management has taken steps to distinguish themselves from the competition by introducing new products and marketing strategies in the cleanroom segment as well as a renewed focus on premium products in the healthcare industry.

Riverstone is a steady grower and a stock unlike some other "exciting" ones in the market. This brings to mind another of Buffett’s quote that ranks highly in my investment philosophy.

"You're dealing with a lot of silly people in the marketplace; it's like a great big casino and everyone else is boozing. If you can stick with Pepsi, you should be O.K."