Noble Group is one of 11 stock picks for 2014 of UBS. The others are: CapitaCommercial, CapitaMalls Asia, DBS Group, Genting Singapore, Keppel Corp, MLT, Osim, SembCorp Industries, StarHub and UOB.

UBS believes the main catalyst for Noble Group in 2014 is a turnaround in the agricultural division. UBS forecasts operating profit of US$178.4m in 2014 for this division.Noble provides exposure to a global cyclical recovery through a diversified commodities trading operation, focussed on hard, soft and energy commodities.

Its earnings are generated from primary production, trading and supply chain management activities.
Over the past four years, Noble has grown traded volumes by around 23%, however as a result of declining margins, earnings have fallen 49% over the same timeframe.

We believe the main drivers for this margin compression have been falling commodity prices, and sustained high commodity price volatility.
Leading into 2014 we believe a global cyclical recovery will lead to a gradual appreciation in commodity pricing, and support volume increases in traded commodities. Noble is well positioned to capitalise on increasing global traded volumes, and we believe increasing commodity prices will support margins across key businesses.
Across Noble’s key divisions we expect the agricultural division to return to profit in 2014, stemming a loss in 2013 that resulted from a combination of weak sugar pricing during H113, an operational ramp up of sugar assets, and infrastructure bottlenecks in Argentina which weighed on earnings. 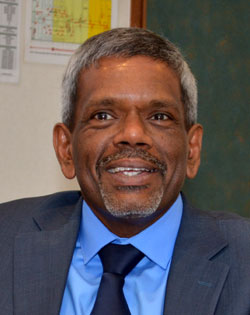 After three years of trials and tribulations, we believe that Jaya has firmly corrected its course. The tangible beacon was the full-year DPS of 4 Scts for FY13.

As its endeavours to change its earnings profile (from a lumpy one to a recurring model) have started to bear fruit, we expect the stock to be re-rated.
Our FY14-16 forecasts and target price, still based on 1x CY14 P/BV (its 4-year mean), are intact. Under our new rating structure, our call changes from Outperform to Add.

Catalysts could come from stronger chartering operations and shipbuilding wins.

We have 1609 guests and no members online