ISAAC CHIN: "My portfolio's up 25% despite market correction" 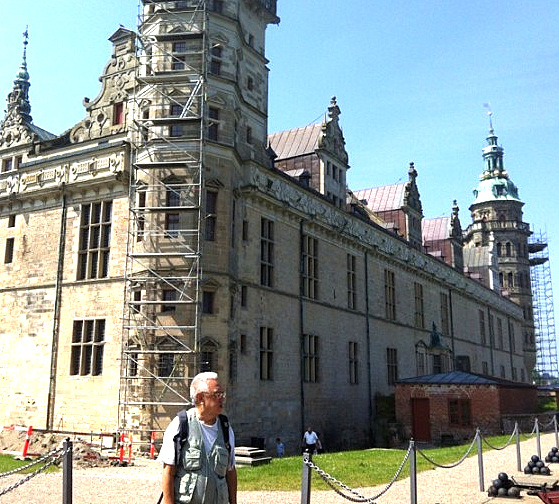 Isaac Chin in Denmark on his recent trip to Europe.


IN LESS THAN a month, we will be celebrating Singapore's 48th National Day. I was a Secondary 3 student when Singapore gained independence in 1965.

Most Singaporeans of my generation are already retired,  with grown-up children and grandchildren.
I have just returned from a long trip to Norway,Sweden, Finland and Denmark. This was my 7th free-and-easy trip to Europe in the last 10 years, and was one of the most enjoyable journeys. 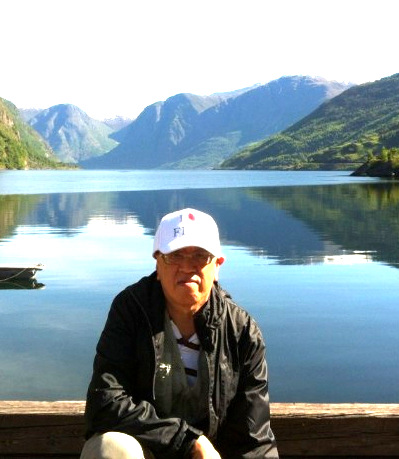 Isaac on his 7th trip to Europe recently. My wife and I travelled around by train and coach, and we also went on a cruise.

However during this trip, the world financial market abruptly corrected with the STI down > 10%.
Policy statements by the FED on QE tapering has caused the panic in the stock market, and the impact was greatest especially in Spore and HK where enormous foreign funds were parked.

The uncertainty in China's economy,geopolitical risk in the Middle East, and the recovery in U.S.economy have caused the sudden and sharp rise of the  U.S. 10-year Treasury bond yield to 2.5%.

Gold prices have collapsed to below US$1,300 and funds have flowed back to the U.S., a phenomenon reminiscent of the 'carry-trade' in the last Asian Financial Crisis. 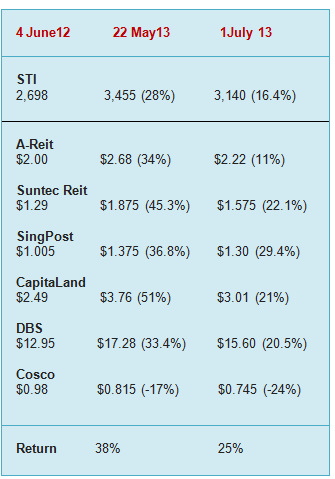 I owe this relatively sound performance to correct stock picks.

I have concentrated on SPH, SingPost, Star Hub, A Reit, Suntec Reit, Mapletree and have varied the composition of these stocks according to changing circumstances and exercising debt leverage only in a real crisis.

The market is consolidating at this moment, but STI could hit 3400 again by year-end.

On Singapore properties, I think an asset bubble has formed. I was told a Chinatown shop has changed hands  6X in the last 6 years with the last sale price being $12 million (from $2 million at its first transaction).
Leasehold condos in Jurong were launched at >$1500 psf.

Most property investors, particularly first-timers, have not seen a property market in a previous down cycle when interest rate was high, the over-supply was large and job retrenchments were rampant.
I wish all Singaporeans more good years ahead.

May I know how to get access to shui on bonds prices and how/where to deal?
Quote
12
Refresh comments list
NextInsight.net

We have 568 guests and one member online