SANI HAMID: "Market consolidation in near term is healthy"

In November 2008, Financial Alliance (www.fa.com.sg) became the first and only Financial Adviser Firm in Singapore to achieve both the Singapore Quality Class and the People Developer status 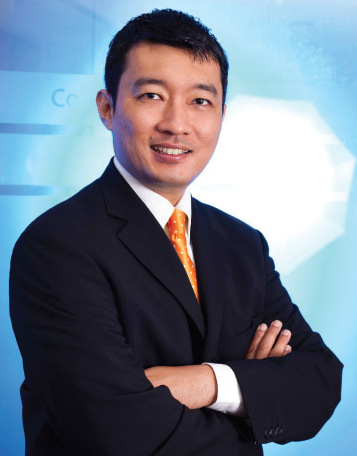 Q. What’s the sense out there with respect to where the market is heading?

FA: By and large, investors remain cautious. The recent run-up has helped investors regain some confidence but many are wise enough to know that these past two years have seen similar run-ups give way to declines as markets remain range-bound overall.

The good news is that as this consolidation phase continues, investors will gradually regain more and more confidence to re-enter equity markets. After all, the markets are holding up very well even though they have been buffeted by wave after wave of bad news, especially from the economic front.

On the other hand, property prices are now deemed to be overbought by many; although prices are generally holding up well, many real estate investors are taking the opportunity to book profits.

The money from such sales have so far, judging from discussions with investors and the flows we observe, moved into bond unit trusts or direct corporate issuances. But like the story with properties, there will come a time when investors will deem the bond market to be overbought.

We believe this will come in 2013, as the bond market becomes a crowded space and as anticipation of a pick-up in Emerging Market growth spurs expectations of higher interest rates going into 2014. That leaves equities as an attractive option.

Q. Nonetheless you expect markets to soften somewhat over the next few months?

FA: Yes. We believe that markets remain in a range (for those familiar with our 4-Stage Recovery Model, we are now in the consolidation stage, Stage 3). One must remember that this is not to say we are bearish. Such a consolidation is merely a healthy phase in the base building process and is much needed before markets can take off on their next up-leg (Stage 4).

While markets are holding up very well despite the recent onslaught of bad economic news, it will be a matter of time before consumer sentiment is affected. Already, job cuts are endemic in the U.S. and Europe.

According to a Bloomberg report: “North American companies have announced plans to eliminate more than 62,600 positions at home and abroad since Sept. 1, the biggest two-month drop since the start of 2010, according to data compiled by Bloomberg. Firings total 158,100 so far this year, more than the 129,000 job cuts in the same period in 2011. Ford is closing its first European car-assembly factories in 10 years and Colgate-Palmolive Co. (CL) said today it will cut 2,300 jobs, adding to more than 5,500 cuts announced by Dow Chemical, DuPont Co. and Advanced Micro Devices Inc. (AMD) in the past week.”

In addition, Switzerland’s UBS announced that it will eliminate 10,000 jobs. In Singapore, while official employment figures remain robust, we hear of a “head count freeze” in many banks. One head hunter we spoke to told us that business over the past two months have been the slowest in 2 years – signaling a cautious stance among employers amid economic uncertainties.

Q. What about FA’s strategy of using dollar cost averaging to re-enter markets? How has that worked out so far?

FA: Very well. We started to advocate moving back into equity markets in stages from end-June. This coincided with a pick-up in equity markets and thus our accumulation strategy is on track. In fact, even if markets soften in the months ahead as we expect, this strategy remains the most appropriate as it is designed to even out such volatility.


Previous article: SANI HAMID: "Markets will be higher in 2014 because of coordinated US, Europe liquidity injection"

We have 702 guests and no members online