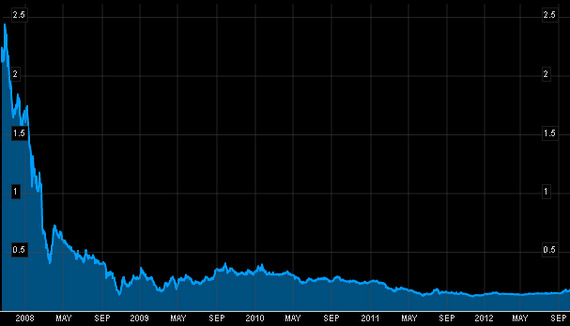 Investors should read the delisting offer document and wait for SF's IFA to give its opinion on the offer to.

We can't predict what the earnings and cashflow will be but just based on the figures for FY2011 and the six months to June 2012, it would not be unreasonable to expect that SF can generate about RMB200mn in gross cashflow a year.

If we add the cash per share of 8.2 cents to this - we are looking at a theoretical fair value of S$0.37 per shares.  This is almost a 100% higher than the exit offer price.

Based on these preliminary calculations, the offer price in my opinion significantly undervalues the business.

It would therefore be interesting to read the IFA opinion of what it thinks of the exit offer too.


Synear Food is hotly discussed in our forum. Click here

Recent article: Kevin Scully: "Accumulate MIDAS at S$0.40 level and below for earnings recovery in 2013"

We have 1149 guests and no members online