JES' stock up on news of its first offshore contract 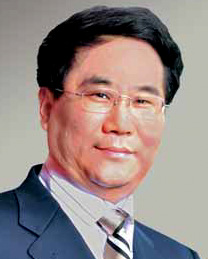 JES International's stock price shot up as much as 6% to 15.8 cents this morning following its announcement of another shipbuilding contract within three weeks.

The latest contract stands out because it is the Group’s first -- in its history of more than 30 years -- for the construction of an offshore support vessel.

The contract was secured from a new customer based in Norway.

Delivery of the vessel is expected to take place at the end of FY2014. 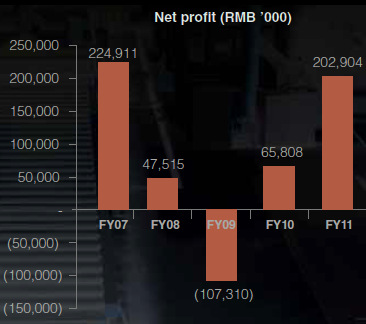 JES' net profit over the years. It has not paid a dividend.

In the other contract announcement, made on 19 September, JES said it would be building for a Germany customer a 94,000 DWT bulk carrier.

The delivery of the vessel is expected to take place in 2014. There is an option for a second similar vessel.

Listed on the SGX Mainboard since 2007, JES (www.jes-intl.com/) is a major PRC shipbuilding group which has built bulk carriers, oil tankers, containerships and ocean engineering vessels.

It operates from its shipyard located at Shiwei Port, Jingjiang City, Jiangsu Province.

In addition, Lam Soon purchased a further 14m shares in a series of married trades from smaller shareholders to bring its total current stake to 19.8%.

While these series of share purchases fall short of triggering a general offer - as it is less than the 30% threshold - we view this development as a positive and an important first step for an eventual overall takeover.

An eventual GO is still likely. Maintain HOLD. A reduced stake for VB's CEO is clear indication of his intent to leave the business eventually.

Therefore, a subsequent sale to Lam Soon and a corresponding general offer is still a distinct possibility.

However, valuations are likely to be capped at S$0.735/share, which is 0.7% lower than our fair value estimate of S$0.74/share. Maintain HOLD.

We have 559 guests and 5 members online