DMG says construction stocks will benefit from $60-b rail plan 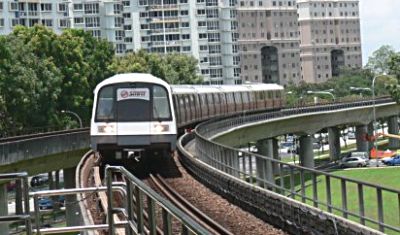 Singapore's MRT network will double with $60 billion worth of rail construction work over the next 10 years.
With the Singapore government spending S$60b to double the nation’s existing rail network due to the increasing population in Singapore, we believe some of the local construction players would be enjoying the positive effects of the infrastructure spending. The chief beneficiaries among the listed construction players we have identified include Lum Chang (UNRATED), Yongnam (UNRATED) and CSC (BUY, TP: S$0.265).

Doubling of rail network. During the National Day Rally on 29 Aug 2010, Prime Minister Lee Hsien Loong announced that the Singapore government will be spending S$60b to double the rail network with the Downtown Line (DTL), the Thomson Line (TSL) and the Eastern Region Line (ERL) over the next 10 years. With the additional new lines and extensions to existing ones, the existing rail length of 138km is expected to double to 278km by 2020.

Positive impact on local construction players. The above is positive news for the local players in the industry. We noticed the trend where local players are being awarded projects as the main contractors, which earns higher margins versus the sub contractors, as well as gain valuable hands-on experience in handling mega projects.

In addition to the S$60b rail network enhancement, we have other mega infrastructure such as the S$1.3b Sports Hub that would be rolled-out, implying the order books of these companies are set to grow. 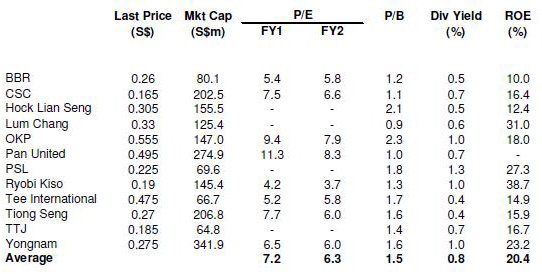 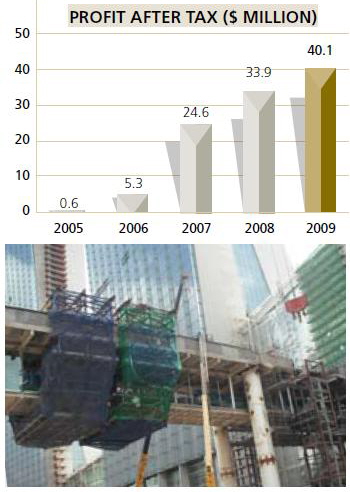 Market leader in niche construction segment. Yongnam owns one of the largest steel fabrication facilities in SE Asia and is a key contractor for structural steel works, both in building construction as well as temporary strutting structures for underground road and rail works.

Over the years, it has built up significant reusable modular strutting steel assets, which sharpens its competitive edge and lowers costs, enabling the Group to reap overall gross margins in the range of 25-30%, much higher than other construction players.

Thus, it is well poised to benefit from the expected growth in government spending on infrastructure projects in Singapore and overseas, and will be bidding for more than S$1.3b worth of contracts in FY10/11. We believe they could potentially win at least 35-40% of these jobs.

Initiate coverage with BUY, TP of S$0.45. Despite recording stronger-than-expected profit in 1H-FY10, the stock has underperformed the market and continues to lag its peers in terms of valuations.

However, given the strong fundamentals - its market dominance in the steel strutting space in Singapore and record order books of S$460m (1.3x sales), we believe the stock is poised to play catch up. We expect strong EPS growth of 23% in FY10 and 12% in FY11. Our TP of S$0.45 is pegged to 10x FY11 earnings, based on mid-cycle valuations. Key risk is exercise of outstanding warrants (30% of share cap), which could cap share price performance in the medium term.

We have 458 guests and no members online