Click on the above 62-second Youtube slideshow on the opening of Food Empire's factory in Ukraine on 22 November 2012. (For higher resolution, move your mouse cursor over the base of the slideshow and click on 'Change Quality'.)


AFTER GROWING its brands for the past 15 years in Ukraine, Singapore-headquartered Food Empire has opened its first manufacturing facility there.

Located in Zolotonosha in the Cherkasy region, and occupying 5.4 hectares (the equivalent of 8 football fields), the factory was officially opened on Nov 22.

The event was attended by Mr Simon Tensing de Cruz, the Singapore Ambassador to Ukraine.

Singapore-listed Food Empire has invested an initial amount of 93 million hryvnia (USD$11.4 million) in the facility, which will manufacture for local customers who have taken to its MacCoffee and Petrovskya Sloboda brands of coffee. 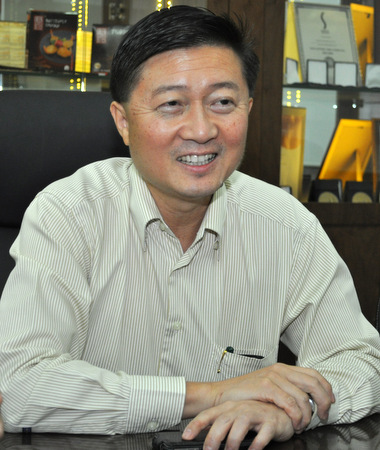 Mr Tan Wang Cheow, Executive Chairman of Food Empire, said Ukraine is the Group’s second largest market in terms of revenue, and the Group currently commands a market share of more than 40 per cent of the 3-in-1 instant coffee market.

“This new facility shows the importance of the Ukraine market to Food Empire. Production from the new factory will be sold in the Ukrainian market, as well as exported to neighboring countries in Eastern Europe.”

Previously, Food Empire's factories in Singapore and Russia supplied to the Ukraine market.

The Singapore Ambassador to Ukraine, Mr Simon Tensing de Cruz, said the opening of the factory is a step forward in the relationship between Singapore and Ukraine.

"The construction and launch of the new plant is not only a significant investment by a Singapore company in the Ukraine economy, it is also an example to other Singapore companies on how to do business in Ukraine,” he said.

The head of the Cherkasy Regional State Administration, Mr Sergey Tulub, said Food Empire is a significant contributor to the region’s economy.

“The new factory creates jobs in direct manufacturing as well as associated industries such as sugar, which is supplied by sugar plants in the region," he said.